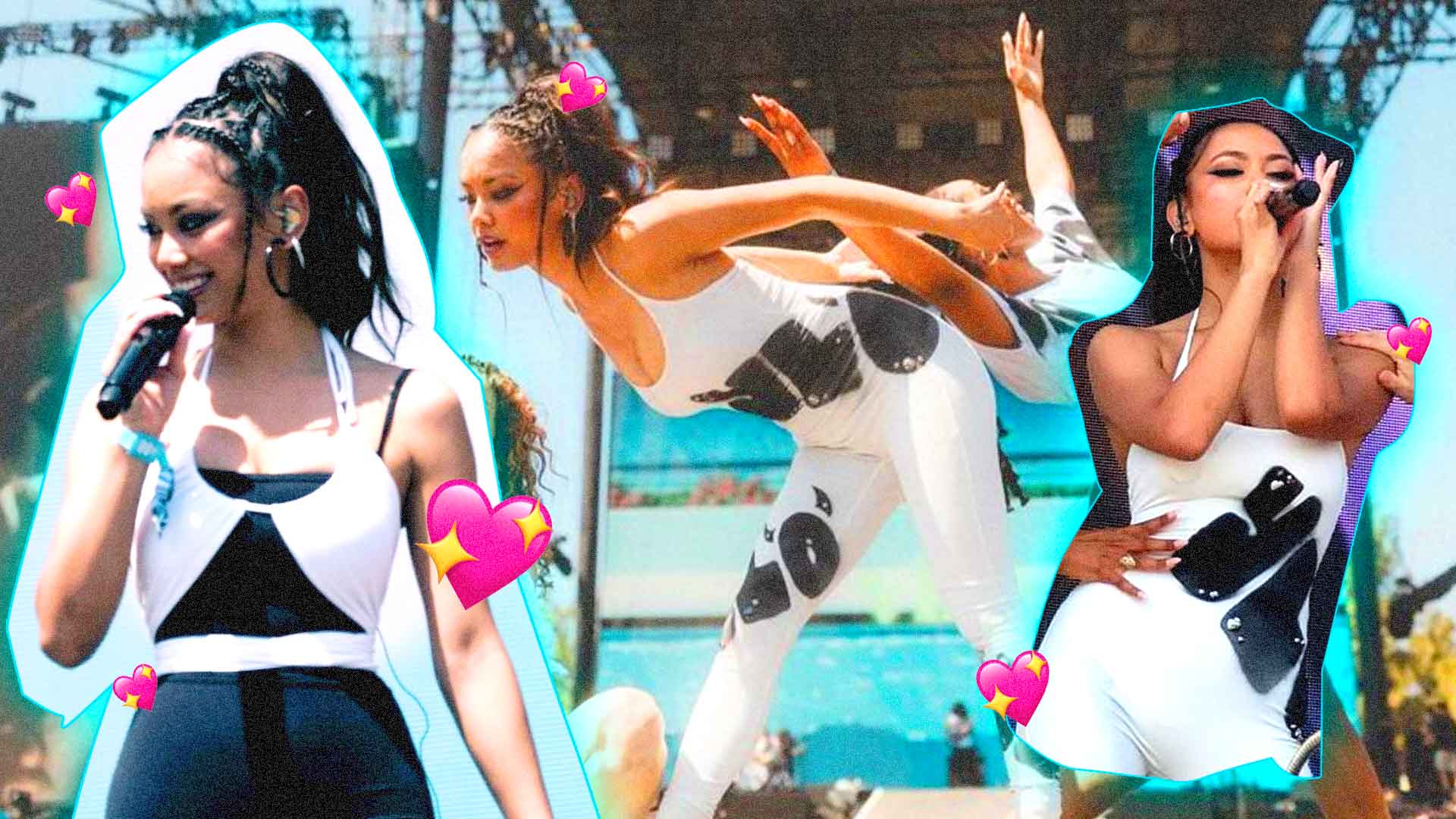 We need a solo concert ASAP.
BY Rafael Bautista

For her second time at the Head In The Clouds Festival, Ylona Garcia came prepared to serve, and serve hard, once more.

Related: Ylona Garcia Delivers Her Best Yet With Entertain Me

In 2017, Ylona Garcia was doing Fast Talk with Boy Abunda, and his last question to her was where she saw herself 10 years from now. She confidently said that she would be performing on stage in a world tour. Fast forward to 2022 and Ylona not only did just that, but did so in half the time. She recently was able to return for a second time to 88rising’s two-day Head In The Clouds Festival in LA to perform in front of fans. 2021 saw the young music star make her debut at the festival where she shook and surprised many with her vocals, stage presence, and red jumpsuit. This time, the 88rising artist came back and proved that her 2021 performance was no fluke.

ANOTHER SERVE FOR YLONA

2022 has already been a good year to Ylona. The 20-year-old started things off with a bang by partnering with Valorant on their first Pinoy hero, Neon. That meant releasing the single Entertain Me with the pop bop quickly becoming her most popular song to date and garnering the young star critical acclaim. And her success continues with her inclusion in the HITC in LA line-up. But not only was she able to perform alongside many global stars, she had the honor of being the opening act of the 88rising stage for day two. It’s not easy to open a festival of this caliber, but Ylona is a true talent and ready to give the audience what they need.

YLONA AT HITC, THE SEQUEL

She stunned in a black and white body suit that hugged her body at all the right places. Ylona then confidently kicked off her set by performing her latest single, the R&B jam that is Vibin’. Afterwards, she delivered her cover of Crazy by Gnarls Barkley with her powerful vocals embodying the message of the song. Halfway through the set, she entertained the crowd with Don’t Go Changing, her first single when she signed with 88rising.

A post shared by Head In The Clouds Festival (@hitcfestival)

She then amped things up with her cover of I Did Something Bad by Taylor Swift. Ylona covering any Taylor Swift song would have already been a dream. But the fact that she chose I Did Something Bad, she was really channeling her inner baddie. Finally, to perfectly close out her set, she performed her hit Entertain Me to the delight of the audience.

Twitter, do your thing and make queen @taylorswift13 notice @ylona_garcia’s cover of ‘I did something bad’ in #HEADiNTHECLOUDS 2022. pic.twitter.com/ZMyKtLUVC2

While Ylona’s set may have only been five songs long, it still delivered. Her strong vocals are always there while her stage presence continues to improve every time she hits the stage. The size of the crowd this go around was also noticeably bigger than last year, showing that she continues to get bigger and bigger. Ylona has always been one of the more underrated Filipino musicians out there and her HITC set is further proof that she never one to be slept on. It also warms the heart seeing a Filipino like her, as well as No Rome, take to the stage in a major music festival and do what needs to be done. That’s what you call global talent.

With HITC coming to Manila this December, our fingers our crossed that Ylona is part of the lineup. It would truly make for the most epic and emotional homecoming performance. Hopefully, Ylona can drop that new album before then.

Continue Reading: Ylona Garcia Continues To Make Waves Internationally As Seen In Her Set During The HITC 3 Festival