Young Celebrities And Personalities Who Make For Great Role Models

These are the kinds of people you should be looking up to.
BY Rafael Bautista

Related: Why Vote In The 2022 Elections? Because You Are More Powerful Than The Elected

August 12 is International Youth Day. Ever since 1999, the United Nations has been celebrating International Youth Day to highlight important issues and challenges facing the youth of today. As the youth, it is our duty to make sure our voices are heard because, as cliché as it sounds, we are the future and are on the frontlines to build a better world for all. In a time of progress and change, these young celebrities and personalities have made a name for themselves as people that you need to follow and look up to. Aside from their talent, they also use their platforms to speak up on important issues and blaze trails in their fields.

At just 14 years old, Alex Bruce has made a name for herself as one of the up-and-coming OPM acts to follow. Despite her young age, she has proven that she can excel both in rapping and singing. She also includes mature themes like using the mind as a weapon and female empowerment in some of her songs. During her most recent performance during SB19’s Back In The Zone online concert, she mesmerized viewers with her musicality and attention-grabbing stage presence. Watch out for this young girl, she’s going places.

Back in 2017, Rio established her own fashion label called Riotaso. Where the brand stands out from others is that it uses old and discarded fabrics to make new wearable clothes. In an industry known for its affinity for fast-fashion and penchant to throw away garments quickly, Riotaso is on a mission to reduce, reduce, and recycle, but make it fashion—literally. She and her brand have since established themselves as one of the next generations of local fashion brands to watch out for.

Writer and director Rod Singh may not have a technically long list of movies, but what she has directed is worth watching. She is most known as the director and writer of Mamu: And a Mother Too, one of 2018’s most underrated but ultimately compelling movies. The movie, a nuanced and honest look into the trials and struggles of an aging sex worker, was critically praised and lauded for its truthful representation. Amid the quarantine, Rod Singh gave us Small Talk, a web series, which is nominated for the Seoul International Drama Awards. Outside of directing, Rod has long been a vocal advocate for LGBTQIA+ issues in the Philippines.

The baddest himself, Bretman Rock has established himself as one of the most iconic social media stars of the current generation, and he’s only 23. When he’s proudly showing off his Pinoy roots, which he always does, he’s being a trailblazer for Filipino and Asian members of the LBGTQIA+ in America. Both extremely funny and brutally honest, Bretman Rock is the kind of influence you want to be and want to follow.

At just 22 years old, Margielyn Didal is a trendsetter and barrier breaker. As one of the best skateboarders in the Philippines, she helped make skateboarding a viable sport in the Philippines and showed that women too can do well in the sport. She made it all the way to the finals of street skateboarding at the Tokyo Olympics. And even though she finished 7th overall, she became a social media sensation with her positivity and energy and reminded us that you don’t always have to take yourself seriously in every situation.

At just 15 years old, Greta Thunberg protesting by herself outside the Swedish Parliament asking her government to take a stronger stance on climate change. Her one-man protest soon started a movement that led to climate strikes happening all over the world. As an advocate for the environment, Greta has made it her mission for world leader’s to take climate change more seriously and became a youth role model in the process. Aside from this, Greta is also an advocate for vaccine equity and raising awareness for the fact that vaccine distribution around the world is sorely unequal.

Molly Wright may not be a household name, but what she did was worthy of attention. At just 7 years old, Molly became the youngest person in history to have a TED Talk. Her talk was about adults needing to do a better job interacting with their children. She was joined on stage by her one-year-old friend Ari and his dad Amarjot to demonstrate how a being more holistic towards your young children as they grow up could make them better people. She may only be 7, but she’s the kind of youth role model we want to have.

Simon Biles is one of the greatest athletes of her generation. At 24, she’s one of the most decorated female athletes in gymnastics history and already an icon. But aside from her undeniable talent, she also started an important conversation about mental health when she decided to drop out of most of her competitions in the Tokyo Olympics. While the decision may have been hard, Simone stuck to her guns and walked away knowing that if she continued, she might have permanently damaged herself. She shows at the end of the day, you need to take care of yourself regardless of what other people say.

When you think of Pinoy female rappers, no list is complete without including Ruby Ibarra. The Filpino-American rapper is truly a trailblazer in her own right and one of the few Pinoy rappers to have made a name for herself in the American music scene. She’s very proud of her heritage and frequently mentions her Pinoy roots in her songs as well as her experience growing up as an immigrant in the US. She also raps in three different languages: English, Tagalog, and Waray.

Arshie Larga is using his platform to help educate fellow Filipinos on proper health facts. As a registered pharmacist, Arshie blew up on TikTok with his medical advice and debunking myths, legends, and fake news surrounding medicine. If you have any medical questions, Arshie most likely will have an answer for them. In a country where pseudo-medical advice is given on a near regular basis, Arshie is there to inform and enlighten people about the facts that they should actually know.

Over the past year and a half, Kakie Pangilinan has made a name for herself as an outspoken advocate. On Twitter, Kakie isn’t afraid to speak up on important issues whether it be about the pandemic or the problems of young women being demeaned by older men. She tells it like it is and user her voice to talk about what needs to be said. She’s unapologetically pro-female empowerment.

In a society where we deem lighter skin as the standard, Ayn Bernos wants to change that conversation and shift it towards society realizing that darker skin is beautiful. As a proud morena herself, Ayn wants people to know that having darker skin is fine and there’s beauty in being a morena which has made her a youth role model to look up to. The content creator and current Miss Universe Philippines 2021 delegate also founded a brand called Morena the Label that celebrates being morena.

Issa Barte is an artist, writer, and co-founder of For The Future, a youth-led organization that advocates for a better tomorrow and the protection of the environment. The 25-year-old uses her work to highlight the stories of the youth, help Filipinos around the country, and raise awareness for pressing issues. For The Future is also active in assisting Filipinos who have been affected and displaced by typhoons.

As one of the biggest stars of the current generation, Liza Soberano could have easily just focused on her successful career. But Liza has used her star power to talk about important issues and establish herself as a youth role model. She is an ambassador to Save the Children Philippines and even used her recent birthday celebration to raise over 500,000 pesos for the organization. She also has spoken up about women’s rights and helping the less fortunate during the pandemic. 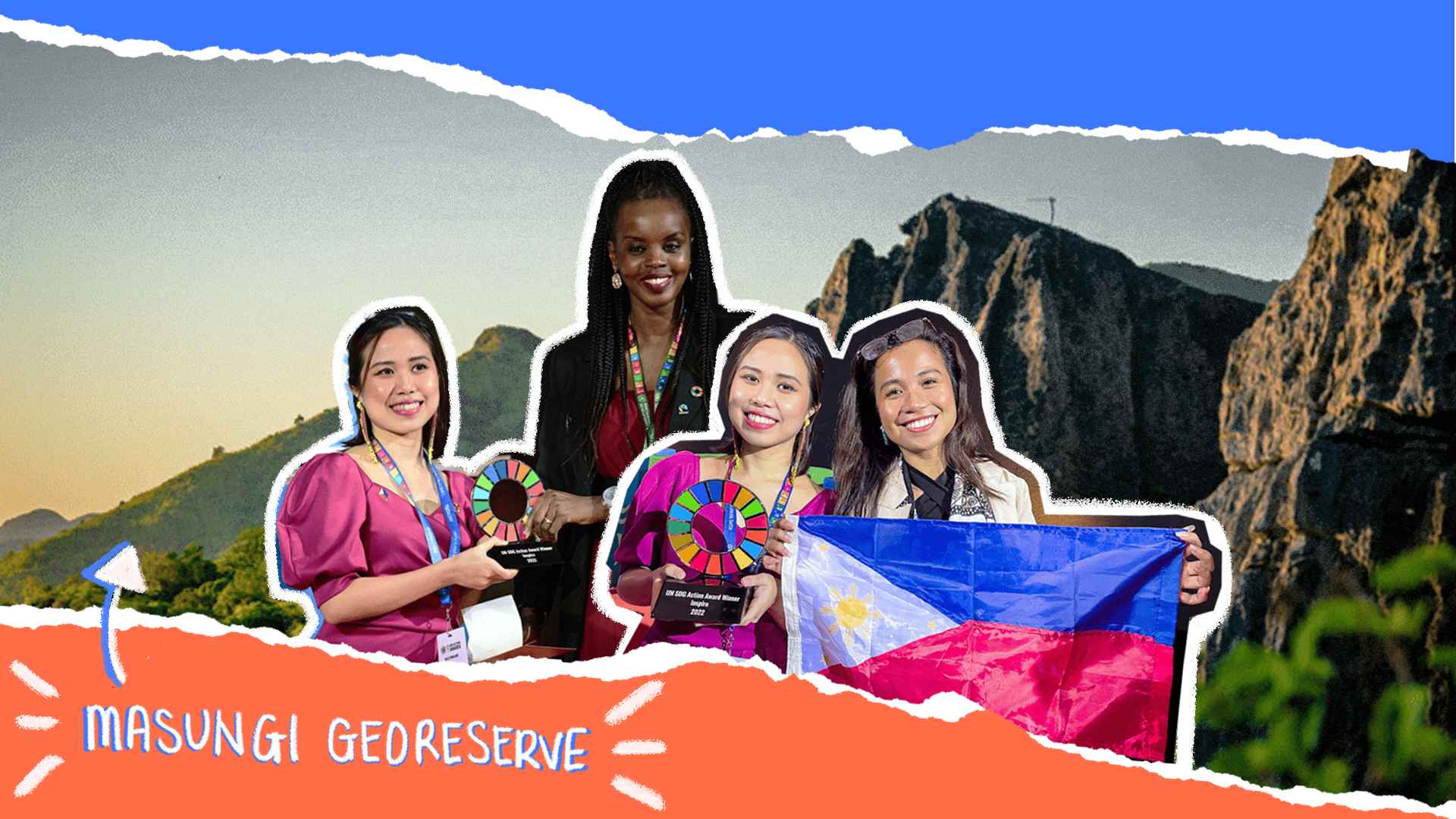