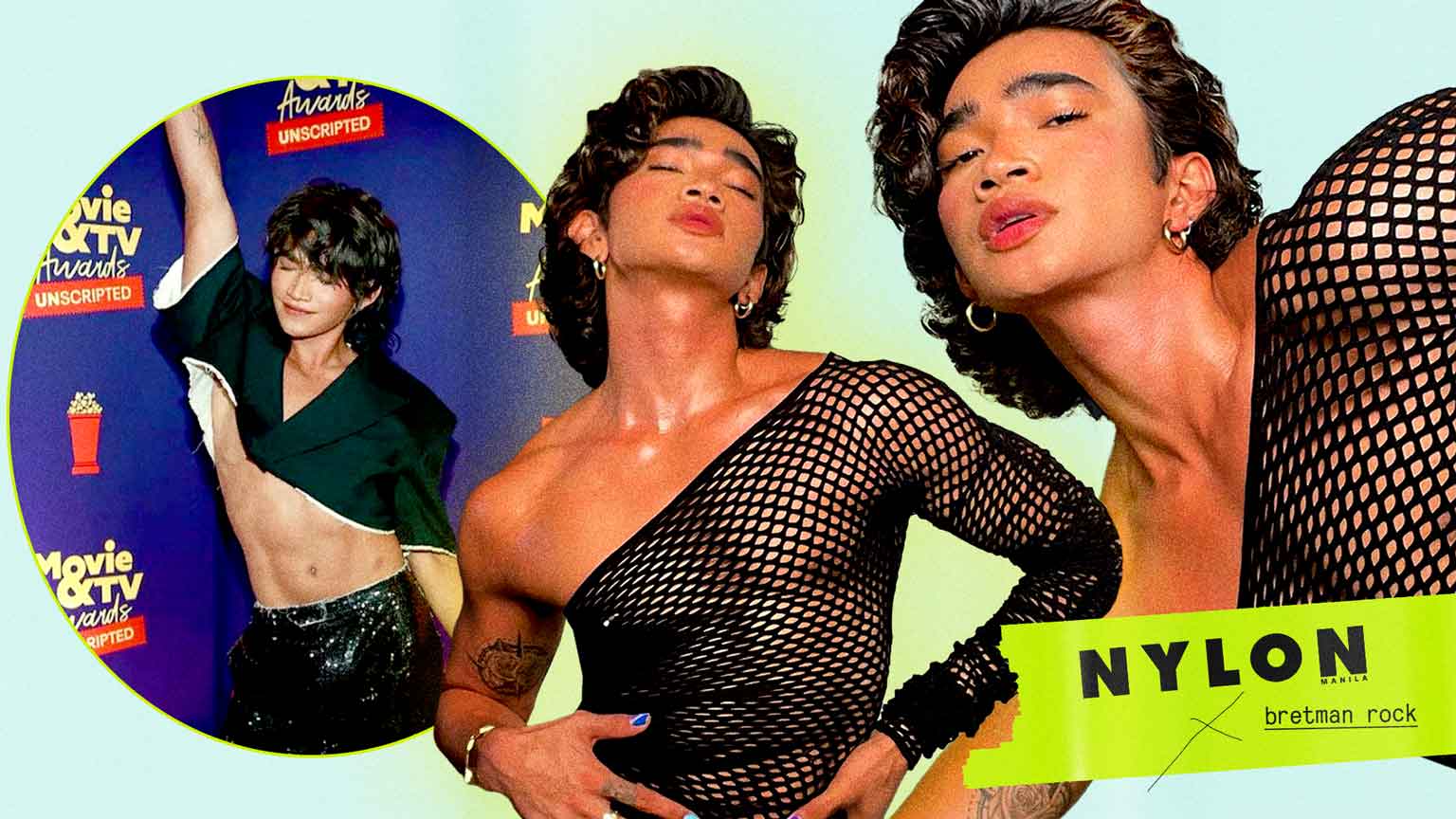 Where Is Bretman Rock Headed To Next? On The Cover Of NYLON Manila

From here on out, sky’s the limit for this daring digital darling.
BY Angelo De Cartagena

In this decidedly Filipino effort for his NYLON Manila cover, Bretman Rock is making it known that he is incredibly proud he is to represent the Filipino queer community and it is a responsibility he takes to heart.

On one particularly sunny day in downtown Los Angeles, it finally happened—we met Bretman Rock. No longer just an orb of update on Instagram Stories or the many moments shared on his main timeline, the proudly Filipino and gay digital superstar was actually there, bringing in a lightness and buoyant energy that kept everyone’s spirits up, despite the prickling of the heat on the rooftop of the Gerry Building. With a full team of Filipino creatives assembled, the great work began. Meanwhile, NYLON Manila was watching and overseeing every aspect of the cover production on a spotty Zoom call. (Thank you, third world internet speed.)

Fresh from his win at the MTV Movie & TV Awards, Bretman Rock was still keeping it real at his cover shoot. In many ways, he really is a breakthrough social media star, being a proponent of honesty and humor on all his platforms. However, despite his many triumphs and milestones made, he holds his responsibility as a queer person and Filipino to the highest regard. With his mere presence on social media, compounded by his massive reach, Bretman Rock has broken ground and smashed ceilings for people of color, immigrants, and members of the LGBTQIA+ community. So, to punctuate a month of pride with a cover, as well as of an opportunity to tell his story unlike before, this coming together was just as special for him as it was for us several distances and time zones away.

Related: HOW TO MAKE YOUR INTROVERT FRIEND FEEL MORE COMFORTABLE ACCORDING TO BRETMAN ROCK AND BELLA POARCH

We were told prior to the NYLON Manila cover shoot that Bretman Rock would just breeze through the changes and layouts within the time he carved out of his truly busy schedule. Doing all that and more, the social media and most recently, reality TV superstar breezed through a selection of fashion options (including some amazing Filipino designs) that were truly above and beyond, nailing nine layouts under the sun, complete with videos to boot. He may be hilarious, but he doesn’t joke around when it’s time to work it. Laughing and smiling in between clicks of the camera, Bretman Rock not only showed up, but he turned it out.

The glam of it all aside, our favorite Leo opened his heart and soul in our conversation with him following his NYLON Manila cover shoot. Here, you will get to know him as he is outside the context and circumstance of his larger-than-life social media persona. With an incredible sense of self, as well as of vulnerability, it is heartwarming to see that despite the fame and fortune, he still is the same Bretman we watched grow up on our timelines.

Just as he has shown for everyone over the years, dreams can and will come true. And his persistent pursuit of possibilities, he has shown how queer folk and Filipinos can rise above and be who all they want to be and more. With many things to be proud of, Bretman Rock is raising the colors of the country for all the world to see, and most importantly, fearlessly waving the rainbow flag to celebrate and champion of LGBTQIA+ community, because he is what? Damn proud to be Filipino and gay, b*tch. And nobody ever get that twisted.

CONTINUE READING: BRETMAN ROCK IS MAKING IT CLEAR, B*TCH: SPEAK OUT, STAND UP FOR PRIDE

FROM GOOD MORNINGS TO BEING ALONE, BRETMAN ROCK GETS REALER THAN REAL

ALWAYS DESTINED FOR GREATNESS, BRETMAN ROCK IS REACHING HIGHER THAN THE SKY