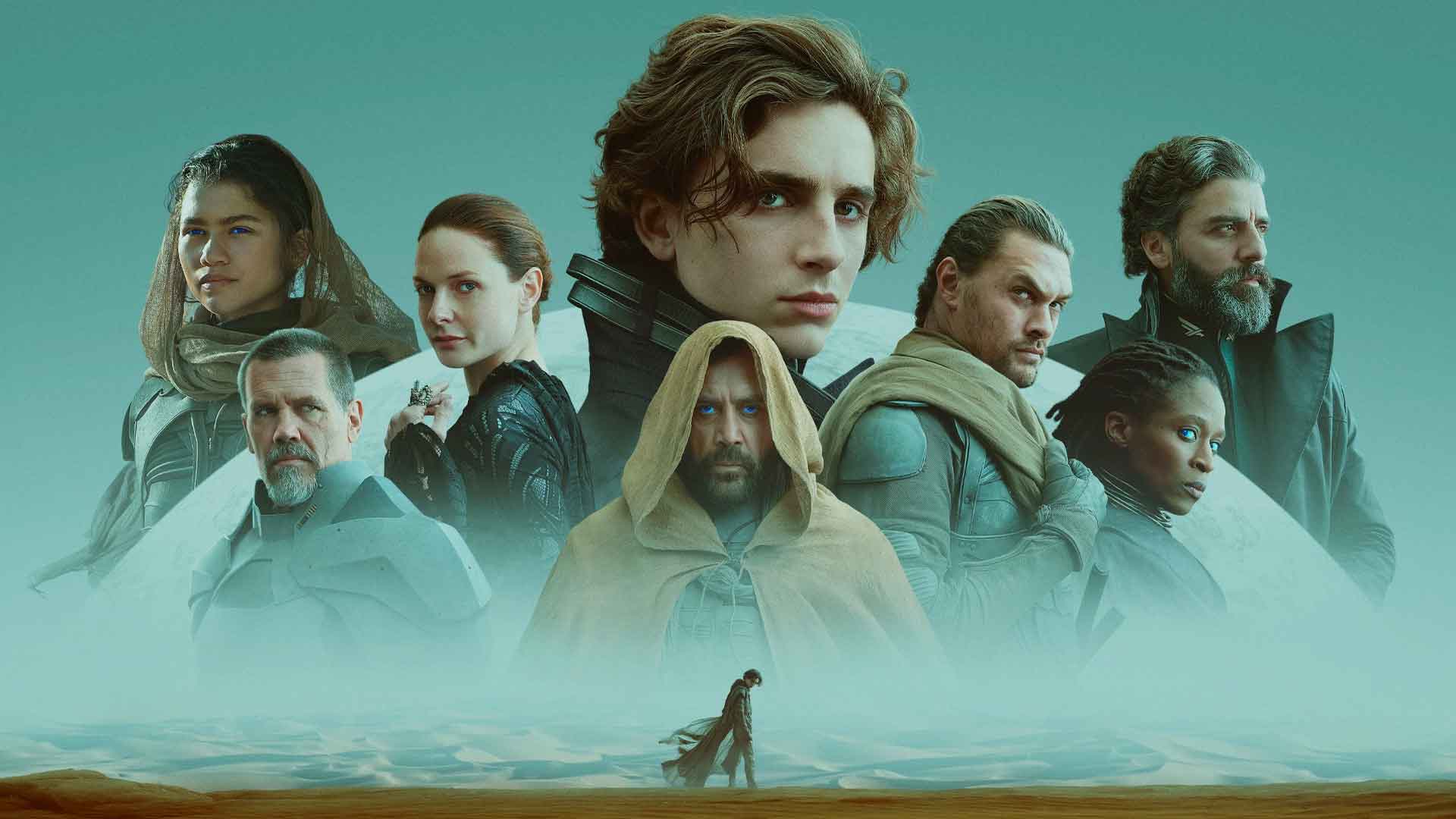 Taste The Air Of Time: A Dune Review

A sci-fi epic in scale and scope.
BY Mico Aquino

The 2021 film, Dune, does the impossible by adapting the complex sci-fi novel into a movie that gives it justice on the big screen.

Related: F9: The Fast Saga Shows That The Franchise Is Starting To Lose Gas In The Tank

Ever since its announcement last year, I have sat down, hunched over my seat, in terse anticipation of Denis Villeneuve’s adaptation of the science-fiction epic that has, for lack of better rhetoric, defied larger public comprehension. Given the depth and length of the original text, how would it hold up under the weight of expectation? Will it preserve Frank Herbert’s magnum opus with outstanding fidelity? Or will it leave a trail of broken hopes like an earlier adaptation had? Along with other fans of this epic, I wondered if the books I read will be translated faithfully on the silver screen.

A compromise is negotiated. Dune (2021) features the first half, or so Denis says, but it is two-thirds of the original novel, save for some chapters. Twenty-one thousand years into the future–a distant and far-off dream–humanity has expanded its reach over the known universe. This Imperium is ruled by the 81st Padishah Emperor Shaddam IV of House Corrino. Shaddam is kept in check by the Great Houses that convene under the Landsraad–“an assembly of landed gentry,” in older Scandinavian languages, and the Spacing Guild that monopolizes all interstellar travel.

These aspects of power are bound further by Combine Honnete Ober Advancer Mercantiles (CHOAM, for short). That audits and accounts all economic activity throughout the stars. All also fall under the secretive influence of the Sisterhood of the Bene Gesserit. They are an order of female mystics, scientists and spies whose primary agenda is to advance the evolution of the human race.

A DIFFERENT KIND OF SCI-FI

From the onset, Dune’s premise is nothing like household sci-fi names such as Star Wars or Trek (despite what the film’s promotional trailers would like you to believe). There are no interstellar clone wars or massive battles pitched between flashy CGI starships in any minute of the film, save for a climactic confrontation between two rival Houses using only (non-CG) foot soldiers wielding swords, shields, and pikes. The film’s fidelity to the book entailed abandoning common tropes in modern science fiction. For example, energy-based weapons such as blasters–or lazguns, as they are identified in the book—are highly uncommon. Starships are plain spheres, trapezoidal prisms, or any other geometric shape. Dune abandons the visual spectacle of cosmic fiction in favor of developing complex characters woven by different story-telling pillars.

Sound design, mixed with Hans Zimmer’s grand score of military bagpipes, choirs, and rock, delivers just how alien Arrakis was, both as a planet and as a home to human civilization twenty thousand years ahead of ours. My personal favorite is Armada: the piece that shears speakers throughout the confrontation between the forces of Houses Atreides and Harkonnen. Military bagpipes and chilling choral notes resound while the outnumbered Atreides make a valiant stand against the Harkonnen black raiders. At the time of writing this review, the third and final album for the film’s score–The Art and Soul of Dune–has just been released. In the midst of re-reading the original 1965 text, I find myself depicting Frank Herbert’s original composition in my head playing alongside Hans Zimmer’s pieces like The Attack and Caladan.

TRANSLATING THE BOOK TO THE SCREEN

Dune begins with Shaddam IV granting House Atreides fiefdom over the planet Arrakis. It is known throughout the universe as the only source of mélange, an important life-extending spice that gives its users limited prescience, blue eyes, and powers most of the space travel in the Dune universe. The move also supplants them from their ancestral home world of Caladan. Paul Atreides (Timothee Chalamet) is heir to his House, and he inherits far too much power for his own comfort. His father, Duke Leto, is a popular lord among the Great Houses, and his retainers are considered the best in their trade. His mother, Lady Jessica, is concubine to the duke and a trained Bene Gesserit sister. All her psychic abilities ergo are Paul’s own.

Every character from House Atreides understands the implication of such an impossible colonial posting from Shaddam. In replacing House Harkonnen, the millennia-old rivals of the Atreides and the former stewards of Arrakis, with the Atreides, the latter are forced to rebuild their power base on a planet incredibly hostile to anyone but its indigent population the Fremen.

Villeneuve and his team of writers, Jon Spaihts and Eric Roth, succeed in juxtaposing colossal, space-bound operatic with intimate and clandestine theatre. Even in their household on Caladan, the Atreides family communicate in sign, Mandarin, and Chakobsa–an amalgam of languages like Arabic, French, Slavic, Hebrew, and Greek. Alien is exactly what Dune is–the concerns of House Atreides over their continued survival against political predators like the Harkonnens and the jealous Shaddam are mirrored to profound effect on the titular Dune.

Water, on this desert planet, is non-existent. Its inhabitants must ration and recycle any drop of fluid they can find, including the sweat of their bodies and the condensation of their roofs following a cold evening. Water scarcity and political enemies are not the only predators on Arrakis, however. Native to the planet are the massive sandworms that roam its deserts and produce the mélange that the Atreides must harvest to make a profit and meet the emperor’s demands for the fiefdom.

An unimaginable effort has been expended in adapting the book without compromising its thematic underpinnings. Chapters detailing Duncan Idaho’s notorious lack of sobriety are deleted in the film to favor expanded characterization of Lady Jessica’s role as both Bene Gesserit agent and mother to the Kwisatz Haderach. Duke Leto, largely a character that existed to prop Paul up on his journey into the desert, is depicted as a noble fiercely dedicated to the well-being of his subordinates.

A TEASE FOR THE FUTURE AND THE BEGINNINGS OF AN EPIC

Dune is not shy about connoting that there is more to its story; its title card reads “Part One,” and the film’s two-and-a-half journey ends on a cliffhanger. Much of its exposition does not feel like exposition, especially if you pay attention. So questions such as what the Gom Jabbar is or who the Spacing Guild are encourages curiosity more than they turn off casual viewers. Paul, bearing the weight of House Atreides and the expectations of his lineage, is both an archetype–a character following his destiny–and a compelling critique on Dune’s obvious colonial overtures. Is he a white savior character or is he, as Frank Herbert intended so many decades ago, a subversion of missionary imperialism? The film does not offer enough answers, or yardsticks, in fact, for those questions, but they open the door all the same.

“The mystery of life isn’t a problem to be solved, but a reality to be experienced,” says a character that hounded Paul’s prescient visions. What Dune–and its literary predecessors–have to offer us is exactly that: a massive variation of the universe cultivated by millennia of cultures and rituals. Despite an introduction that differed from the novel’s, Denis Villeneuve’s Dune is exactly how I, along with so many other avid readers, imagined a film adaptation should be. Denis has outlined in another interview that he has planned a trilogy of films to adapt Dune and its sequel, Dune Messiah. Should Part One succeed, and I hope against all hope that it does, such a trilogy would easily become a highly anticipated series of films by sci-fi fans old and new. Kull wahad.