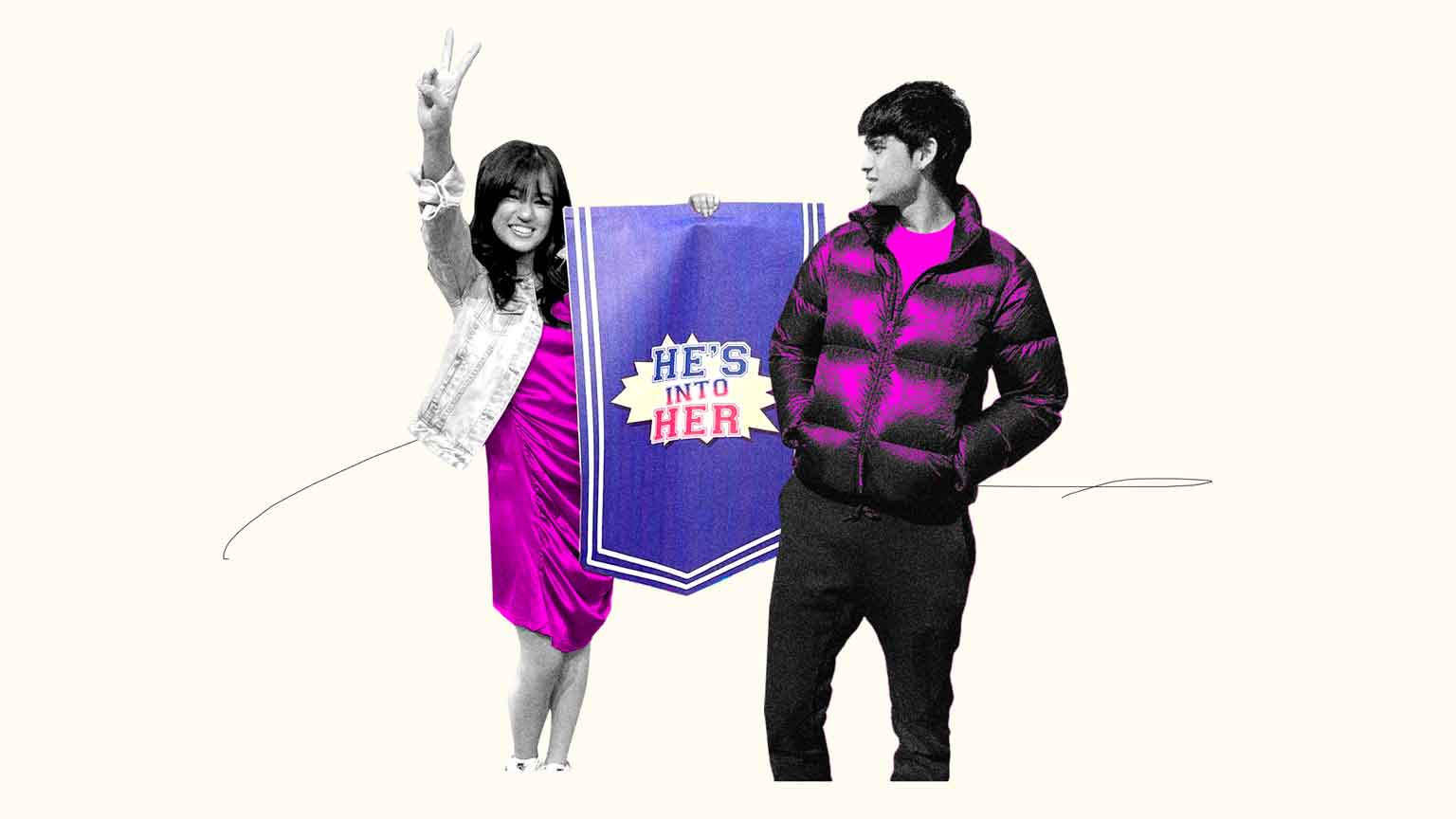 He’s Into Her Is Getting A Season 2. Here Are 6 Things We Hope To See

What would you like to see in season 2?
BY Rafael Bautista

With Season 2 of He’s Into Her currently in production, here is our wish list of things we would like to see in the new season.

Benisonians, get excited! Season 2 of He’s Into Her is officially coming! During the Benison Ball concert held in celebration of season 1 of He’s Into Her on August 6, 2021, Cory Vidanes came on stage during the end and as a surprise, confirmed that He’s Into Her is getting a season 2. Given the reception the show has had, it wasn’t a surprise to see He’s Into Her get a second season, but it’s still nice knowing it’s real. And just recently, shooting for the second season officially began. Official plot details for the season are still scarce. But from what has already been shown, it looks like season two will deal with the fallout of that revelation in the end of season one. With that being said, here are six things we would like to see in season 2 of He’s Into Her.

Related: He’s Into Her Episode 1 and Episode 2 Recap

FOLLOWING UP ON THAT BIG REVELATION

One of the plotlines of season 1 was Deib trying to find who shot his brother. In the final moments of the season finale, it was revealed that Tito Boyet, Max’s uncle, was part of the group of criminals who robbed and shot Dale. Deib hasn’t seen the video yet, but we’re assuming that he does in season 2 and will be the catalyst for the main conflict of the storyline. So many possibilities and angles could be taken with the revelation that Tito Boyet was there during that night, so we’re excited to see what the writers decide to do.

Even though Deib and Max are together, he has yet to ask Max’s dad for permission to date Max. We’re interested to see how Deib plans on winning Max’s dad over considering that Max’s family is still facing problems. Will this lead to conflict? Will Max’s father approve of Deib or ban Max from ever seeing him again? We’ll just have to wait and see.

Speaking of Max’s family, one of the bigger plotlines that have yet to be resolved is with Elle and her mom leaving the house. Max’s family on her dad’s side is still broken so season 2 will most likely spotlight what happens to their relationship and how it may, or may not, be repaired. We’re also curious to see if Elle will return or not. Technically, Max hasn’t forgiven Elle yet and she knows that Elle has a good heart so we might see the two reconcile like the way Ysay did with Max and her friends.

By the end of season 1, Dale was still in a coma. Considering that Deib has the biggest lead to who shot Dale so far, the investigation is going to get more intense. The show could pull a plot twist and have Dale awaken from his coma or maybe even succumb to his injuries if the showrunners want to get that dark. Even if Dale doesn’t wake up from his coma, it’s clear that he is a big influence over Deib so it would be nice to see flashbacks of the two brothers and how their relationship developed.

We also have not seen Deib’s father. The only time he was mentioned was in season 1 was back in episode 2 when Deib is informed that his dad won’t be home because of a delayed flight. Season 2 could show us more of Deib’s dad because he’s been a mystery so far.

Aside from Deib and Max, the show also gave time to spotlight other love teams, mainly that of Naih and Lee, and Michiko and Tob. But one love team that got thrown into the wayside was that of Lorde and Khloe. Technically, they are considered as the fourth love team but were given little screentime during season 1. Now that all the three main love teams have been established, maybe season 2 could devote time to Lorde and Khloe if the show wants to continue their budding relationship. Speaking of Khloe, it would also be nice to see more of her character in season 2. For most of season 1, she was outshined by Elle, Aimee, and Kim. But now that Elle and Aimee are gone, maybe Khloe could be given a little bit more character development.

The original soundtrack to season 1 was so good. He’s Into Her by BGYO served as a great opening theme song and a stone-cold bop in its own right. Sigurado by Belle Mariano has gotten us all up in our feelings. It would be nice for season 2 of He’s Into Her to incorporate more original songs. Belle could make another original song for the new season. Other artists could also be invited to contribute to the soundtrack. Maybe BINI could do a song since BGYO already got to make one. Also, if season 2’s opening theme will still be He’s Into Her, that honestly would be fine by us.

Continue Reading: He’s Into Her Episode 10: Love Is A Game Recap