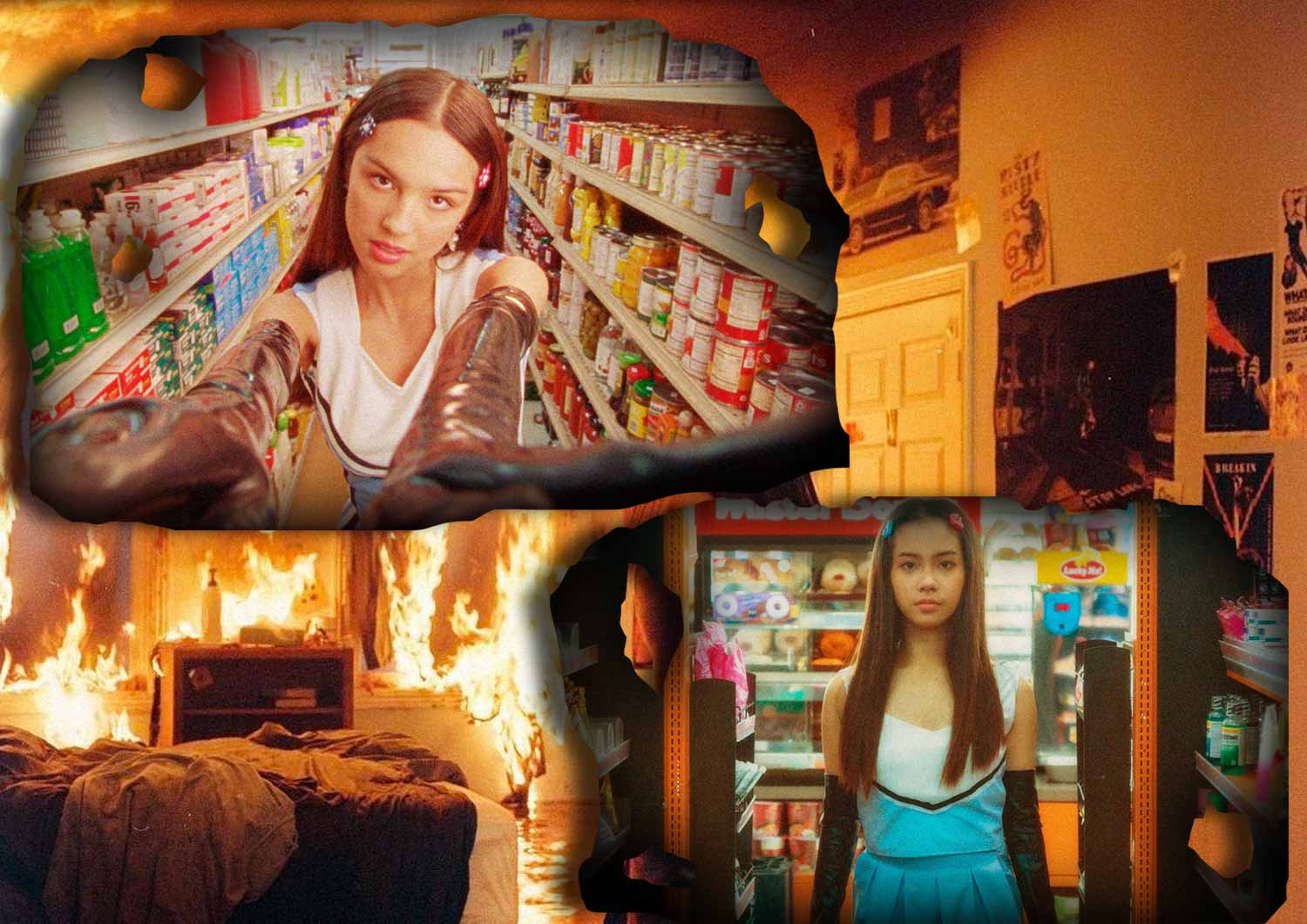 P10 budget for wardrobe? No problem.
BY Lyn Alumno

Imagine the adrenaline just to get that money shot. Now that is good 4 u.

Olivia Rodrigo, the freshest punk rock princess, Gen Z icon, and spicy Pisces has been unstoppable ever since her viral track, drivers license. Following millions of streams on Spotify alone, Olivia also dropped the music video for good 4 u three months ago, which now has 232 million views and counting. The Petra Collins-directed video was an ode to some of the biggest early 2000s movies such as Bring It On and Jennifer’s Body, portraying Olivia as a school cheerleader who was out looking for revenge.

The way good 4 u, deja vu, and drivers license had a chokehold on TikTok’s FYP for months just proves Olivia Rodrigo’s impact on pop culture and not just within the music industry, but also to aspiring creatives inspired by her vision. Just look at the work of these young creatives from Cotabato who did a good 4 u-inspired shoot at 7-Eleven that was shot in 10 minutes. Yes, 10 freaking minutes. We talked to The Quinzel Gallery about their process, the adrenaline of shooting the concept under pressure, and working with a P10 budget for wardrobe.

LOOK: These Students Made A Wildest Dreams-Inspired Music Video and It Only Took Them 2 Days To Shoot

How long did it take for you to conceptualize and make the shoot happen?

It was a hilarious moment since good 4 u was not our first concept of the shoot and it took us three months before we set it. Our first concept focused on angels or greek gods themes, however, we weren’t able to pursue it since I lacked the financial means to provide everything that was needed. Then on 14th of May, Olivia Rodrigo and Petra Collins released the good 4 u music video, while watching it on repeat, I thought this might be a good concept, then I immediately called the model and shared to her the idea of a shoot inspired by the music video.

How was your team able to pull off the shoot in a grocery store and locker room? It looked almost the same as the MV’s set!

Planning the location was nerve-wracking, especially during this pandemic. The first time I watched the music video, I knew 7-Eleven was the perfect place to do the shoot. On my list, it was the first set, and we should be in the store by 7 AM, since few people will be there at that time. We had to buy food and drinks then while paying, I asked the cashier if we can do a quick photoshoot inside in a span of 10 minutes, which was then approved by the store employees. It was very challenging because our time was limited, the light was not in our favor, and the worker was always checking on us.

The locker and the burning set were just a projector. I asked some school personnel if we can do a shoot inside the school, but we were not allowed. In the burning set, my original plan was to create a backdrop and set it on fire—literal fire—but for the safety of the model and everyone, I canceled it.

Can you share with us how you made it work from the photography, the set, and the clothes?

I always find my photographs like screenshots from a certain film. I was trying to process and absorb it from colors, pose, feelings, and everything, though it was not very much alike. I want my audience to feel that while looking at my photographs it’s like watching the music video and that it can manifest an image that the audience can actually hear.

From the stylist: [They] reached out to me and without hesitation, I said yes. Their plans and theme were immediately relayed to me. I noticed that they were having difficulty in searching for a similar clothing Olivia Rodrigo wore in the good 4 u MV. However, I did not tell the team that I can actually sew a similar one because I am scared I cannot finish it on time. I do not own a sewing machine, so I had to hand-sew it. I went to the local thrift store and found a P10 polo and later transformed into an “Olivia Rodrigo” outfit. I invested so much time and effort in hand-sewing the entire outfit. Nevertheless, it was all worth it when I saw the team was happy with what I made.

Any advice for upcoming creatives?

I have a list of concepts that I want to achieve, but I will just keep it in my vault for now. Whatever creative idea I’ll be making, I will always make sure to invest my time and effort to such project.

Photo and Video: THE QUINZEL GALLERY

Special Thanks to: GONZ DELA FUENTE , JAZEL TALHA and 7-ELEVEN

You can watch the music video for Olivia Rodrigo’s ‘good 4 u’ below: