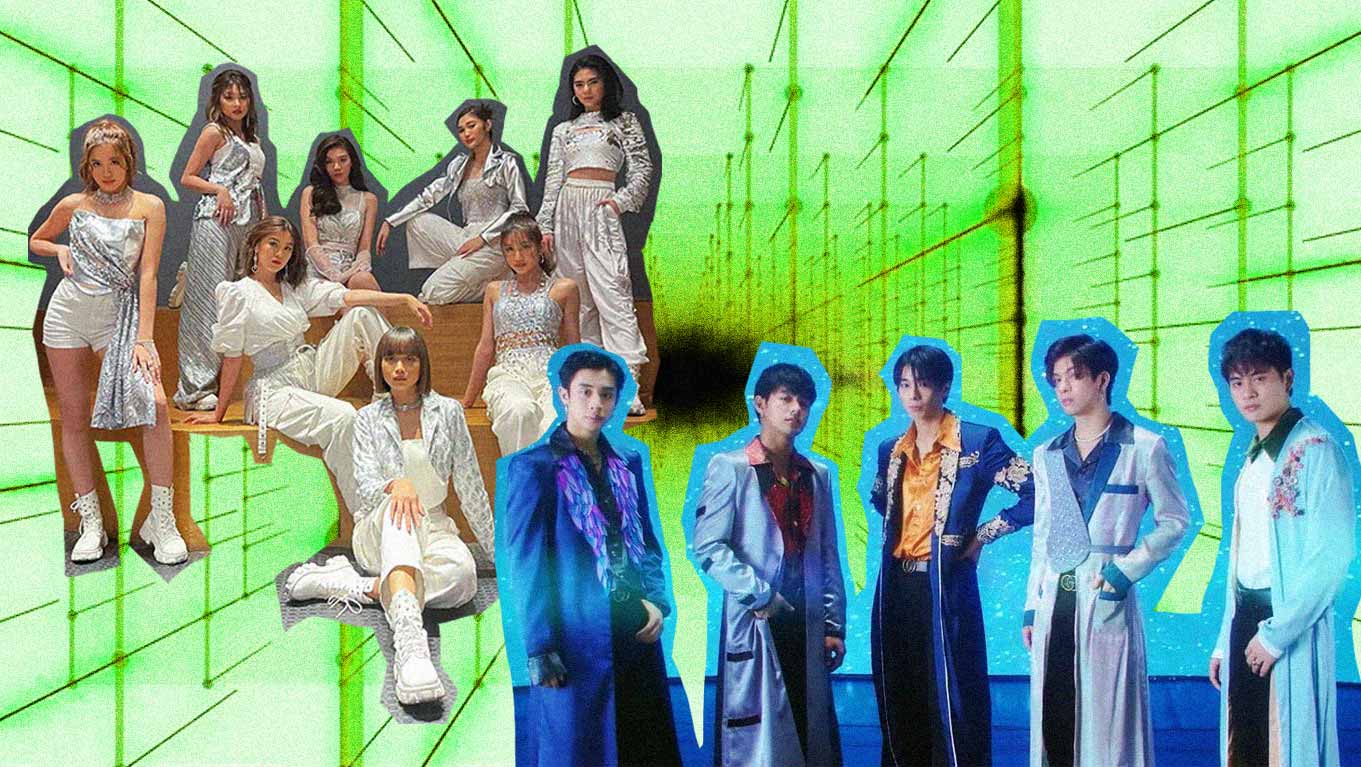 Spacing The Future: See BGYO And BINI Conquer The Metaverse With Their Magazine Covers

It's time to brush up on some NFTs.
BY Angelo De Cartagena

In this expedition to the sand dunes of Dubai, BGYO and BINI break barriers in the metaverse with NFT magazine covers that are both striking and stunning.

Touch and drag a single finger to rotate, select a spot within a space to move, and pinch two fingers to change point-of-view—these are the seemingly user-friendly motions that quickly become the paths of exploration in a nondescript space on the internet. It sounds simple enough, but when faced with an awe-inducing view of hot pink rings linked together to form a coliseum-like satellite suspended mid-air, blue skies and all, it takes a bit of getting used to. This isn’t the virtual reality we are well aware of at this point, because in this plane of science fictions meets social connections, we have just entered the metaverse, or at the very least, the half-bodied avatar created in our likeness.

There has been a lot of talk recently about the metaverse, what with Facebook rebranding itself as Meta and working its way to what it prophesies as more than just an extension of our online selves, but the future itself. Bridging technology, augmented reality, and the network of the internet, this digital domain is hypothesized as environments and ecosystems engineered for escapes and experiences that are more expansive than the world wide web.

A realization akin to the imaginations built by The Matrix, the exploration of the augmented reality is the next step in the evolution of the virtual. While there is still a lot of ground to cover with the metaverse, this didn’t stop BGYO (Akira, Gelo, JL, Mikki, and Nate) and BINI (Aiah, Colet, Maloi, Gwen, Stacey, Mikha, Jhoanna, and Sheena) from breaking barriers and conquering the relatively unknown with the launch of their NFT (non-fungible token) covers for Dubai-based magazine, Xpedition.

Filipinos Take On The Metaverse

Drenched in the warm glow of the Middle Eastern sun and draped in the finest from Amato Couture, BGYO and BINI commanded the glorious sand dunes of Dubai in equally compelling images and videos. Beyond the striking and stunning visuals of photographer Lucas Alves, this undertaking was history making in itself, marking a first not only for the fast-rising P-pop boy and girl groups, but for the Filipino-helmed Xpedition as well.

“Xpedition always explores innovation and cutting-edge technology and at the same time we always believe in the power of young people,” shares Editor-in-Chief and founder, Josh Yugen. “For me, BINI and BGYO are one of the most talented and hardworking celebrities that I have worked with aside from being polite, kind and humble—a true role model for the modern youth.” Together with co-founder Ian Borromeo and designer Furne One, this would mark the first Filipinos to launch an event in the metaverse. Powered by the Spatial, the startup app helping us understand the metaverse more with infinite desktops, NFT art exhibitions, social meet-ups, and 3D spaces, and hosted by The Meeting Room, the NFT covers of BGYO and BINI were unveiled in an immersive virtual gallery was an ambitious pursuit that is likely to forge a new path in media, entertainment, and technology.

“This NFT cover launch for BINI and BGYO were designed to shift our conception of online interaction and ultimately create a space where all can come together to work and/or play in virtual reality,” explains Josh Yugen. “Through this experience of installation and architectural design, Cyril and Benny helped us all to set the stage for future generations and their way of engaging with one another.”

Of Grace And Storm

While this is uncharted territory for most, BGYO and BINI are bravely inching towards the future with milestone-making moves such as their journey to the metaverse. Serving visuals in both the analog and the digital sense, this is further proof that when you got it, the limit does not exist. Headlined as “Burgeoning Grace” and “The Raging Storm” for BINI and BGYO respectively, these are most fitting words to describe the emergence of these forces to be reckoned with. And with the metaverse in order, they are more than ready for the rest of Asia and of course, the world.

Now, where to next?

The individual and group covers of BGYO and BINI for Xpedition magazine will be available for public viewing in the metaverse from February 23-24 on the Spatial App.

CONTINUE READING: WATCH OUT! THE FORCES COME TOGETHER AS BGYO AND BINI UNITE IN THEIR FIRST CONCERT