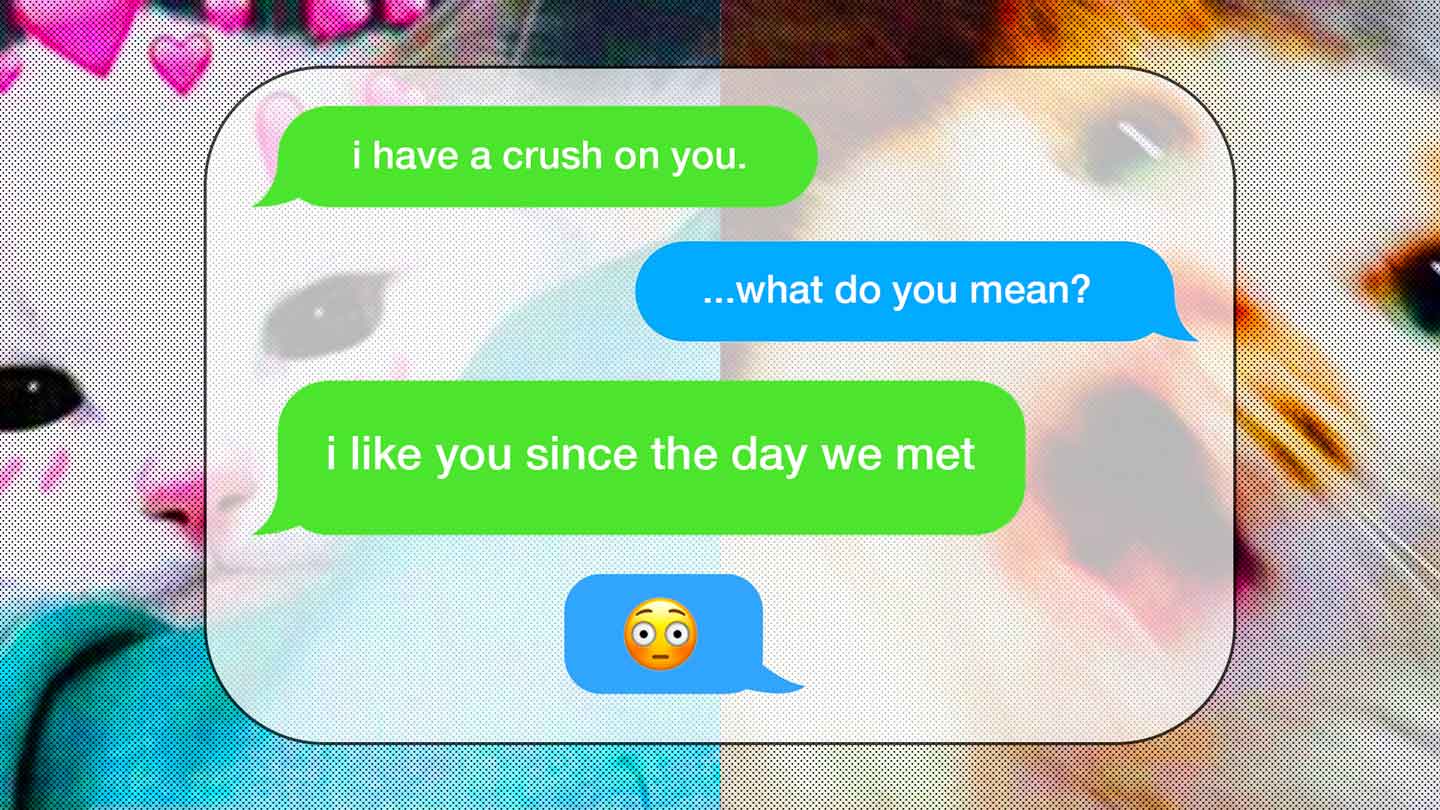 Maybe life does emulate the movies sometimes.
BY Rafael Bautista

How would you feel when your best friend admits to having feelings for you? It’s not an easy as some may think it is.

Love really has a funny way of working, at least in my case that is. The only time I tried to pursue someone romantically was when I started to develop feelings for a classmate when I was in college. It was the first time that I really contemplated on pursuing a relationship. But things went sour quickly when we both attended a debut of a common friend and she brought someone else as her date.

I was going to make my move after the debut, but as you can expect, things didn’t pan out the way I wanted it. They’ve remained together ever since and I thought that was the last time I’ll focus my time on finding love. And for the rest of my college experience that was what happened. But it turns out love found me instead. The only problem was that it came from a complicated place.

WHEN YOUR BEST FRIEND LIKES YOU

I graduated college during the pandemic. Missing those final months of school really made me think of all the what ifs and what could have beens during my final semester in college. And one of those events made itself known to me just recently. A few weeks ago, my former blockmate, who is a close friend of mine, sent me a message on Messenger. I thought it was just a mundane message. But what caught me off guard was the fact that she told me she had a crush on me since we first met in second year college and originally wanted to tell me before our graduation. As you can imagine, my jaw instantly hit the floor because I never felt that she liked me romantically, nor did I see her in the same way.

I didn’t know what to say, so I left the message on read (I know, I know, but it was the only thing I could muster at the time) until I asked if we could talk the following week. Now, some of you may be thinking that me doing this was not a good idea. But how else would you react to a situation like this? I needed to get my thoughts together because for me, this wasn’t something I could think of on the spot. For the longest time, I saw our relationship as that of two close friends who feel comfortable around each other, like any best friends would. Most importantly, I value the friendship we built, especially since it has remained strong long after our time in college.

She’s the kind of person I can turn to if I just want to rant, ask for advice, or just let my mind be. Personally, I never saw our friendship that could turn into something more, because what we had was already special. I just felt it was a close friendship between two people, which is why I honestly got scared when she told me what was in her heart. While confessions of these sort will always mean a jolt of electricity in one’s system, I felt that this might lead to a misunderstanding between the two of us. What happens when I tell her I don’t like her like that and it ruins our friendship? That what was running through my mind at the time.

Luckily, she didn’t mind that I didn’t respond to her right away and agreed to meet and speak on this, because I felt that this kind of revelation required more than just a message on Facebook. When we met, she first said her piece and she explained why it took so long for her to admit it. I, on the other hand, didn’t feel comfortable beating around the bush and told her how I genuinely felt. Because what I didn’t want was to lie to her and then enter into a situation that both of us don’t want to be in.

We talked for a while and she told me that she doesn’t want to pursue a relationship unless I feel comfortable in doing so and that it’s okay if we just remain as friends. We opened our hearts in a way to each other and came to an understanding of where our friendship could go from there. It honestly went better than I expected and I think that was because we knew each other well already. While we both knew where each one was coming from, deep down inside, I still felt conflicted.

A MOVE I DIDN’T SEE COMING

The first time I met her was in second year college. She transferred to my block after originally coming from another school. At first, we weren’t close. But that changed a few months later when we became classmates in the same subject. From there, we started to get to know each other more and discovered that we had a lot of similarities. We then became good friends and in fact, she is one of the closest friends I made on campus. But the thing is, I never really saw her as someone to be in a relationship with. And by no means is this to shade her or anything. It just never occurred to me. So, when she admitted her feelings for me, I genuinely didn’t know what to say.

For some people, my situation is the makings for the perfect Wattpad novel or TV series. Others might say I’m being dumb for not pursuing this further. It’s a trope we’ve seen time and time again of two best friends who end up falling for each other. But there is a big difference between romantic and platonic love, which is just as valid. Because I am a guy and she’s a girl and she likes me, some assume that this is the go signal to start a romantic relationship. But not everything has to unravel like a romantic film, and a platonic relationship is just as worthy of a story to tell.

In this world, society usually expects people who are close to end up falling for each other. But there are situations, like mine, where it’s just a platonic relationship that’s comfortable and meaningful. I already enjoy a great friendship with her, just not the kind some may assume. The fact that we both understood and agreed together that not pursuing a romantic relationship is ok shows the kind of bond we built.

I do not want to enter a relationship without my whole heart in it, because the last thing I want is to force something out of this and ruin our friendship. I feel a genuine sense of comfort when I’m around her. But that doesn’t mean it has to turn into something romantic. Entering into this, especially just for the mere sake of being with someone can open up a can of worms both of us may not be ready to handle. Imagine if I dated her, but we broke up and never spoke to each other? I think I would spiral. But at the same time, a part of me wonders what would happen if I just took the plunge? What if I go on a date with her and our relationship actually blossoms? As they say, you miss all the shots you don’t take.

FROM BESTIES TO LOVERS?

I have already told her what I feel about the whole situation and she is okay with the fact that we can just remain as friends. They really are right when people say love is complicated. Of course, I don’t want any awkwardness between us. I have nothing but the utmost respect for her and I consider her to be a dear friend close to my heart, which is why this whole situation is racking my brain.

For other people who may be going through the same experience, the only advice I could give is to just follow what your heart and gut tells you, because at the end of the day, only you can decide what you feel is right for you. And if the girl who this story is about reads this, trust that I’ll probably spend the next few weeks thinking about what to do, just to be absolutely sure. Hopefully whatever I decide to do will be the one where I, and hopefully her, will end up the happiest.

We all want to find love in life, that much is true. But that love doesn’t strictly have to be love in a romantic sense. There’s love from family, love from friends, and love for self. There is love out there that makes sense even without the romance. And wherever the tide brings you, at the end of the day, what’s important is that you still love and are loved no matter where it comes from or how it is given.

Continue Reading: What Happens When You Outgrow Online Dating?