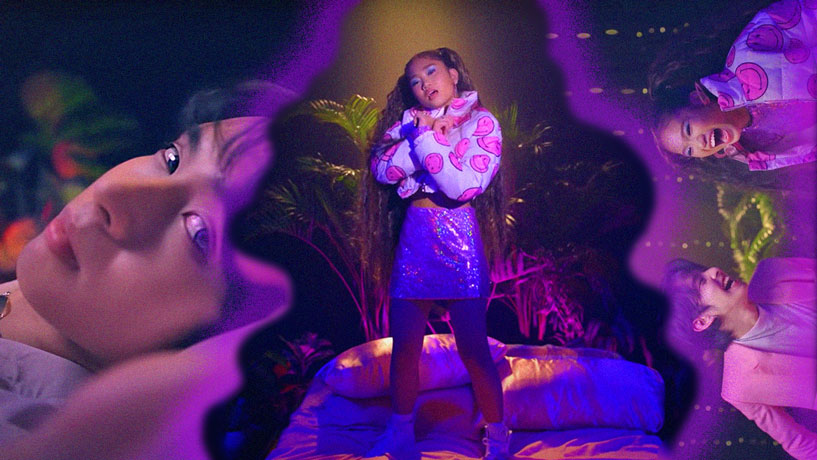 What were you doing when you were 14?
BY Lyn Alumno

Possibly the youngest female rapper in the country today, Alex Bruce isn’t playing games. The era of male-dominated, misogynistic hip-hop may be far from over, but her presence shows us a glimpse of the future.

What were you doing when you were 14? Well, we definitely weren’t as fly as rising musician Alex Bruce. The young emcee’s been killing the stage at the early age of 10, performing at Fete dela Musique, PBA and UAAP Half time shows, and has collaborated with hitmaker August Rigo (known for his work with BTS, Bieber, and Kehlani) and a signed artist at SONY Records. As far as she can remember, she started rapping at the age of four. She may look like an innocent girl trying to make her way onto her teenage years, but when she spits bars, she sets everything everything on fire.

RELATED: New Generation of Music: 10 Filipino Artists On Our Radar

Her latest track entitled Yakap, is a fever dream set onto slow, hypnotizing beats that could take you on a trance. No wonder it made it to Spotify’s Philippine Viral 50 list a few days ago. The music video opens with a stop motion animation of Alex, perhaps in a subconscious state, while she encounters a boy she has yet to meet. Hint: her dream boy is someone you definitely know as her co-star in the video is none other than SB19’s maknae, Justin!

She whispers, “Catch me, I’m falling. Will you be holding my hand when I float in the air?” When she sings, the Alex Bruce’s sound can be likened to RNB singer Alessia Cara. But when she raps, her fiery voice turns into the likes of fellow Filipina rapper Ruby Ibarra—and she isn’t even 18 yet. Watch the music video for Yakap below: