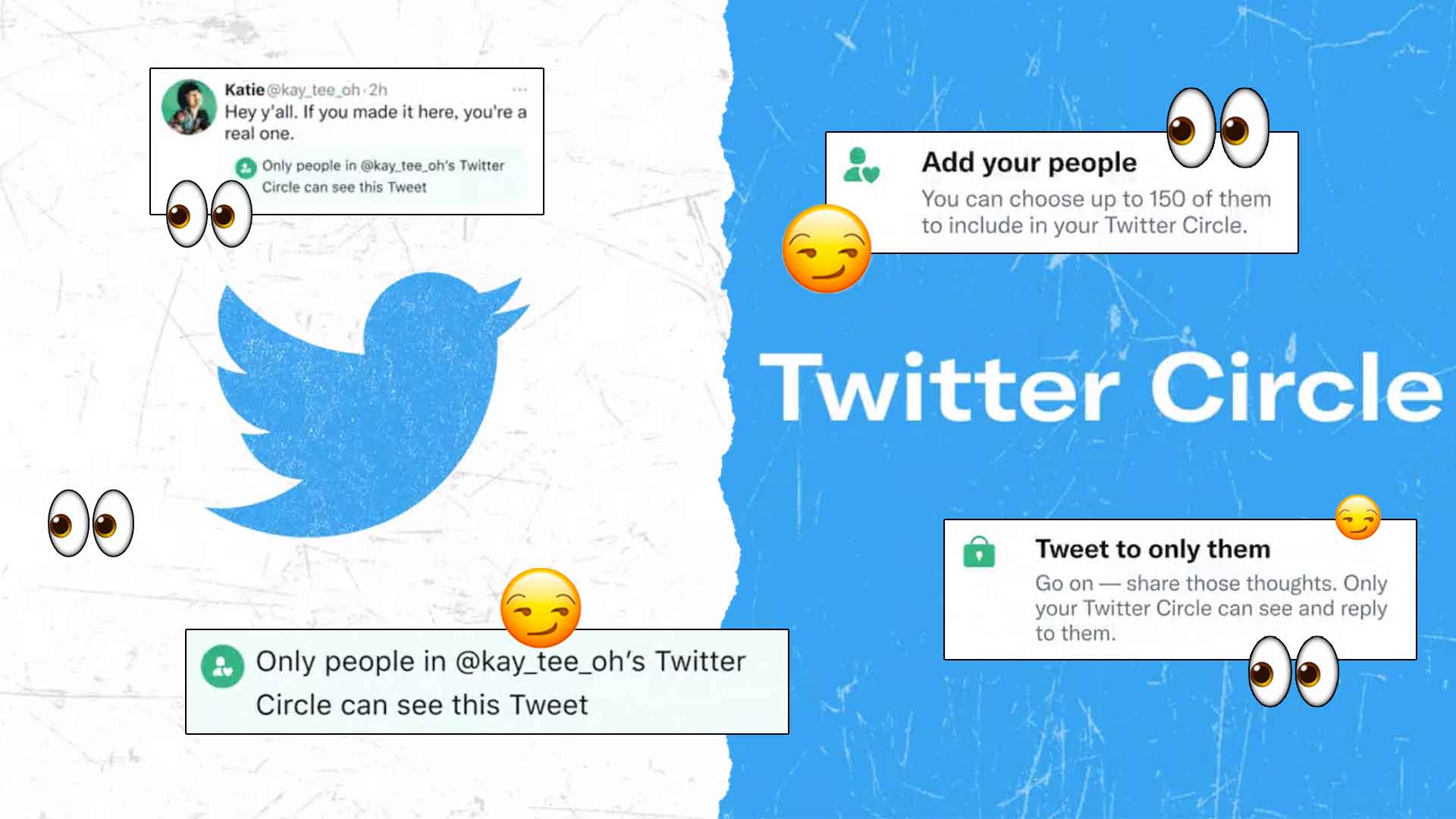 Let me share this to my Circle.
BY Rafael Bautista

If you’ve ever wanted to say how you really felt on Twitter, but only to a select audience, Twitter Circle is your new friend.

Out of the many social media platforms out there, Twitter stands out for how many use it as their personal diary or to let there stream of thoughts flow freely and unapologetically. It’s one of, if not the only place, where you can stay updated on what’s happening in the world while getting often hilarious commentary. But for some, saying how you really feel on the TL (timeline for those who don’t know) isn’t really an option unless your account is on private or make a second secret account. For those though who have been itching to send out that explosive tweet and not have certain followers see it, you’re in luck as Twitter recently launched their new Twitter Circle feature to all users.

Twitter Circle basically allows you to limit the audience of your tweets by sharing them with a smaller group of people. The platform allows you to add up to 150 people to your Circle. And note, those people include both people who do and do not follow you. The feature was in a limited test run back in May with it going live for all this August 31. With this, Circle joins other Twitter features and updates that have arrived over the years such as Spaces, Super Follow, and the now-defunct Fleets. Now, if this feature sounds a lot like the “close friends” option on Instagram, that’s because it pretty much is. Just as close friends allows only a select few of your followers see your IG stories, Twitter Circle will only let select people see your tweets.

When you have a big Tweet that’s meant for a smaller crowd, send it to your Twitter Circle –– now available for everyone.

Select up to 150 people who can view and interact with the Tweets you send in your Circle. Get started from the Tweet composer or sidebar menu. pic.twitter.com/c4YJTJpOGQ

To use Twitter Circle, click on the option when you open the tweet composer. Choose the drop down menu at the top of the composer, and then press Circle. You can choose who you want in your Circle by pressing the Edit button that appears next to the option. Those included in your Circle will see a highlighted badge that says, “Only people in @[username]’s Twitter Circle can see this tweet” beneath tweets sent to your Circle. Note that users who are added or removed from your Circle won’t receive a notification. But, and this is a big but, tweets or content you share on your Circle can still be screenshotted by those within your Circle. And as always, your tweets in your Circle are still subject to the platform’s community guidelines.

TWEETS FOR THE SMALLER TIMELINE

Obviously, you can always private your account or go on a second account if you want to limit who sees your tweets. But Twitter Circles seems to be making that need easier by letting you keep that public persona with a large following while getting more personal in your Circle. This works well, especially if you have followers or certain sectors of the Twitterverse that you do not want seeing your tweets. The feature could also help users gain a little more control over their privacy without having the need to always go on private.

It will definitely be interesting to see how this plays out moving forward. Imagining scrolling through your timeline and seeing a mix of regular and Circle tweets. It may just make your Twitter time that bit more exciting. Now, if you’ll excuse us, we’re gonna share some personal thoughts on our Twitter Circle.

Continue Reading: The Odd Yet Fun Trend Of Comparing Celebrities To Random Objects On Twitter, A Thread