Let’s Stop Shaming Women For Things We Applaud Men For

As a religious country, we Filipinos have grown accustomed to being told how to act based on what the adults read in the Bible. Afraid of being branded as “disrespectful,” we try our best to follow.

Women are supposed to dress conservatively, stick to household chores, and submit to our male partners, because if we don’t, our parents would say, “what will other people think?” These norms are very harmful because they perpetuate the idea that women are inferior, weak, and accountable for anything that happens to them.

One would think that in this day and age, Filipinos would be more open-minded and accepting. And yet, when we see a woman on reality TV, consentingly kissing a boy, she is suddenly branded as a “slut” with no morals. On the other hand, when a celebrity couple admits to living together, people bring up the importance of marriage and purity. But it all seems to be targeted to one gender. None of them have anything to say to the men involved.

It’s evident that up to this day, whenever Filipinas do something that strays away from tradition, the first thing people say is, “why aren’t Filipina nowadays more Maria Clara?” This response goes for anything that doesn’t fit with her typical image; like dressing however they want to, making the first move, and engaging in premarital sex.

Jose Rizal’s Noli Me Tangere gave us Maria Clara; an archetype of a Filipino woman, but it is one that has wrongly been put on a pedestal. People’s reaction tells us two things:

1. That they seem to forget that Maria Clara, despite her feminine and conservative demeanor, still got molested by Padre Salvi.

2. That they should be minding their own lives instead of judging how others live theirs.

There are many aspects of life with which women are expected to blindly follow what society tells them to do.

When it comes to how Filipinas should act when it comes to other people, we are always expected to be shy and demure. There is always the expectation that under no circumstances can women be loud, boisterous, and rude to anyone. When we are offended or judged, we are supposed to let it go.

When we are harassed, we are advised to let it pass because it is “just a joke.” This expectation to stay decorous puts Filipinas in a very unfair position. This tells us we cannot defend ourselves at the risk of being rude and dictates that we cannot challenge authority even if we are right. Choosing to not live by these expectations doesn’t mean we can be violent towards other people. It just means we can raise our voice when we must, fight back when we should, and speak for ourselves when needed because these don’t make us any less of a woman.

Filipinas are always told to dress modestly. No sleeveless tops, no shorts or skirts above the knee, and no showing of skin. People say that if a woman can’t respect herself, how will other people respect her too? The problem is, society puts such a heavy meaning to clothes as if these dictate a woman’s honor. Newsflash: a woman can wear tank tops with shorts and still be respecting herself. The problem is not with her, it is with the person who refuses to respect her.

They also say this is the reason why women get harassed or raped—because of what they were wearing. However, believing this puts all of the blame on women and none of the blame on men. We keep telling women to not get raped but not enough men get told not to rape. Victim-blaming is still  a rampant issue in the Philippines.

When it comes to relationships, people still have a lot of backward beliefs. Many still think that men should make the first move, pay on dates, and women shouldn’t want to engage in sexual activities. Relationships are a two-way street. First off, it’s unfair to men if we always expect them to make the first move, pay for dates, and prepare surprises all the time. Women can also ask guys out, pay for their own meal (or for the whole date), or go all-out for birthdays or anniversaries. Why should we rely on men to drive where the relationship can be going? Why should women be the only ones on the receiving side of kilig?

Aside from that, women are also frowned upon when they are seen kissing, making out, or having sex with their partners. Men are praised for getting laid while women are being shamed for the exact same act. We shouldn’t judge anyone based on what they choose to do with their life if it doesn’t affect ours. If they personally choose to wait until marriage, that’s fine. If they choose not to, that’s also okay. There’s no need to force your beliefs down other people’s throats.

As women of the 21st century, we should not let tradition or norms dictate how we should dress or act. The Maria Clara archetype manifests in harmful societal pressures that stop us from being who we are, but we shouldn’t give in or conform to these sexist expectations.

This does not mean we should have complete disregard of rules. It simply means that we should unapologetically be ourselves in the face of criticism—we’re the only ones who could be ourselves. 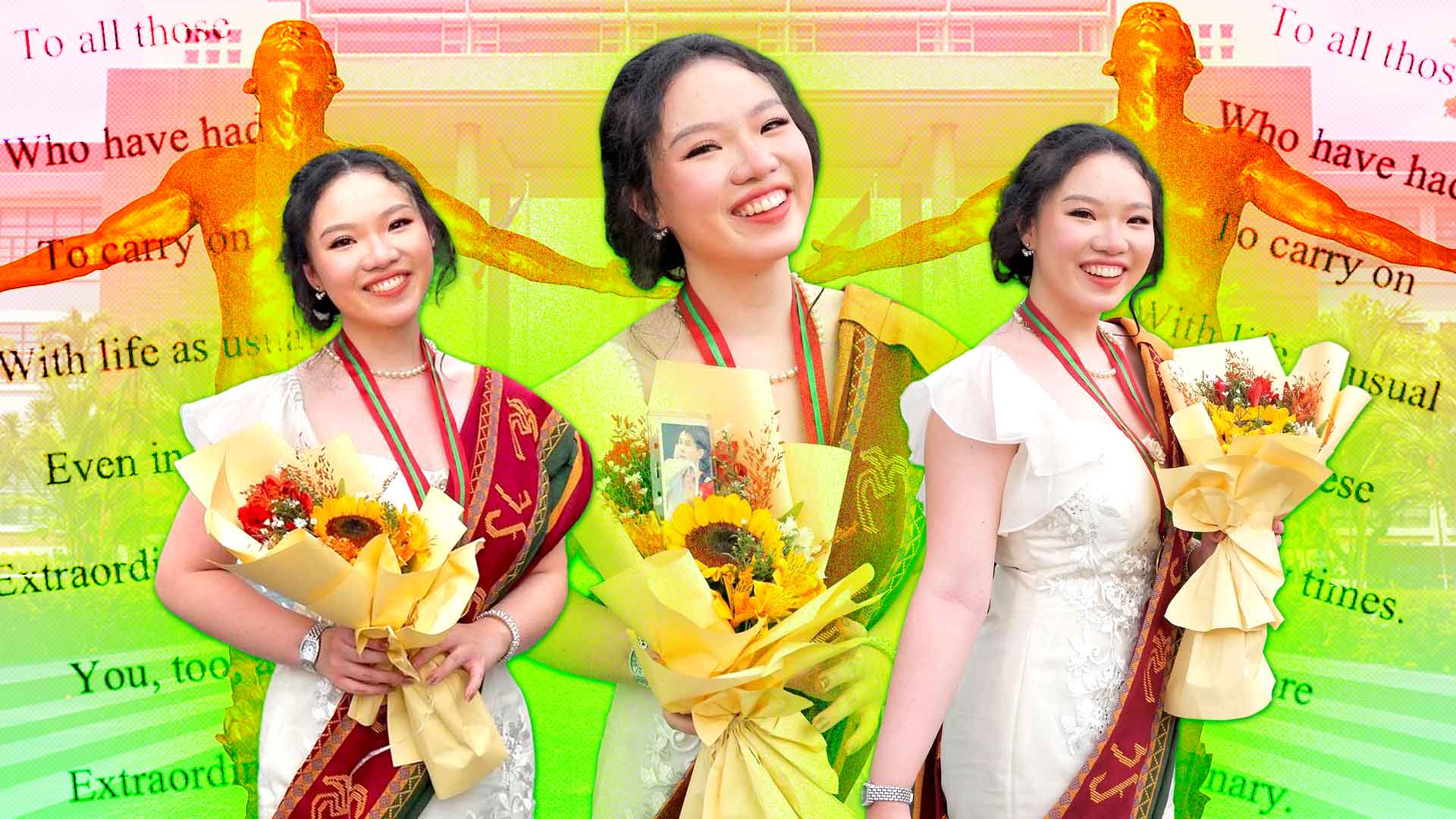