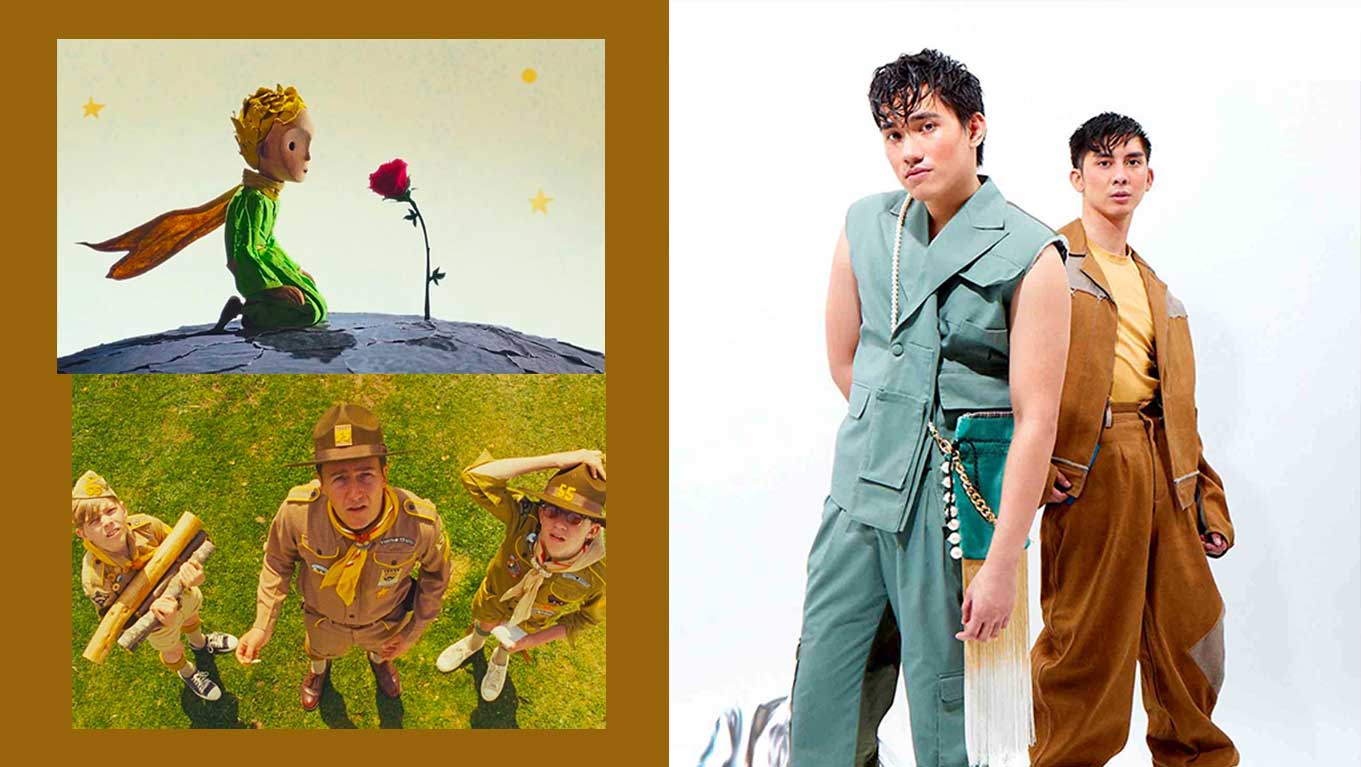 A Wink And Nod To Movies And More, Spot These Nostalgic References On The Cover Of Ian And Paolo

Go behind the seams of this pop-culture laden fashion story.
BY Angelo De Cartagena

From The Mask to The Little Prince, it was full-on pop culture explosion for the fashion on the cover of Ian Pangilinan and Paolo Pangilinan.

Related: IAN PANGILINAN AND PAOLO PANGILINAN WILL MAKE YOU KEEP ON WATCHING

Fashion is fun, but behind the seams, there also holds a whole of meaning to it. This is especially true when stretching out style in a story of the visual sorts. Beyond individual looks, a narrative is built from one progression to the next, relating to a bigger and more comprehensive whole. Now, in this specific exercise of storytelling, we take inspiration from everything pop culture—from movies, TV, literature, and music. But instead of taking things too literal, the referencing was careful and considered; making sure it was still modern and wearable. After all, isn’t pop culture subversive in itself?

For the cover shoot of Ian Pangilinan and Paolo Pangilinan, we made sure the choices were a reflection of classic and contemporary menswear. A wink and nod to the nostalgic elements of our youth, witness these childhood cornerstones come to life in this fashionable undertaking. Heck, while you’re at it, you can even play a game of spot the references. From The Mask to The Little Prince, how encompassing is your pop culture memory bank?

Timmy Turner from The Fairly OddParents

From Pink Panther, Bing Bong from Inside Out, and Courage The Cowardly Dog, there is no shortage when it comes to cartoons who are literally pink. But for someone actually wearing pink, we looked to Timmy Turner from The Fairly OddParents. Did you know that the color of his iconic cap was a happy accident from the creator, Butch Hartman? Well, we certainly can thank the fact that he ran out of blue ink, because we can’t imagine the signature look of Timmy any other. For the cover shoot Ian and Paolo, we expanded the colors and textures in tailoring.

Backstreet Boys in I Want It That Way + Jughead

While oversized coats are definitely all the rage in modern fashion, most notably springing on the Fall/Winter 2021 presentation of Prada’s menswear collection, this reference was a hybrid of two pop culture standouts. With the loose and long overcoats sported by the Backstreet Boys in their music video for I Want It That Way, plus the legendary crown of Jughead Jones from the Archie Comics (or Riverdale, if you’re that young), it was a healthy mix of quirk and modern, which was brought to life by our kings, Ian Pangilinan and Paolo Pangilinan, on the cover.

What do you get when you combine Wes Anderson’s Moonrise Kingdom with Antoine de Saint-Exupéry’s The Little Prince? A restrained reference to fashion’s functional fascination for scouting and utilitarianism. Realized with ovoid shapes in reliable earth tones, the look Paolo Pangilinan wore is a combination of the pilot in The Little Prince and the scouts from Moonrise Kingdom. Meanwhile, for the outfit of Ian Pangilinan, the multiple pockets harkens to the utility of the uniforms in the Wes Anderson canon in a dustier take on the classic bright green of The Little Prince. Without going heavy-handed on the material, this was making the source work in a more wearable and underlying way.

Anyone looks good in a suit, there is no arguing with that fact. So, naturally, we had to put Ian Pangilinan and Paolo Pangilinan in the best that tailoring precision has to offer. But instead of the usual black, gray, or navy blue, we went with something funkier. Inspired by The Mask and his um, mask and zoot suit, the colors of the suits were decidedly sedate to make it less cartoony, but still keeping that wink of fun. Nobody can stop these boys now.

A perennial favorite in the realm of fashion, leather is that instant dash of bad-ass when you want to project a bit more angst than usual. One need not look far and deep for this movie reference, because when you think of lavish leather looks, you only think of one thing: The Matrix. But if you want to go a little deeper into the void of pop culture, then you will spot *NSYNC rocking out complementing leather jackets in one of their appearances in their heyday. For Ian and Paolo, the lashing of leather lent itself well to edging out their good boy looks even for just a while.

CONTINUE READING: WHO’S UP FOR A MOVIE NIGHT? IAN PANGILINAN AND PAOLO PANGILINAN HAVE A FEW SUGGESTIONS