Young star on the rise.
BY Aaron Ernest Ang

Mika Reins let’s us in on her life as an actress and a model, the actors she loves working with, and more.

As a successful model and rising actress, Mika Reins’ career has taken her across many roles and places. She first made her mark on the catwalk, even being named Elite Model Look’s 2020 World Final Winner. But as of late, Mika has also conquered the sea with her first acting role being the mermaid Lua in Raya Sirena. In teal blue makeup and seashells, the young Atenean BS Management student portrayed a character who swam fiercely towards her goals despite unrequited love.

These days though, while still finding the time to model for household names and brands, Reins has traded in her tail for a dress as plays a role that hits much closer to home: Kayla Gomez in Mano Po Legacy: The Flower Sisters. Such is the life though of an international model and up-and-coming actress that managed to balance a college degree, too.

Reins waves enthusiastically on the Zoom interface. “Funnily enough, I never imagined myself as a mermaid,” she shares on her role in Raya Sirena. “In terms of the sea, I wanted to be a pirate because their fashion is to die for!”

We spend some time talking about the pirate-core aesthetic: loose shirts, boots, and great ocean-themed accessories. Since childhood, Mika Reins was already passionate about fashion. But due to her Chinese upbringing, she never considered modeling as a career. As an “achi” or eldest sister, she knew she would have to take the traditional route of commerce. 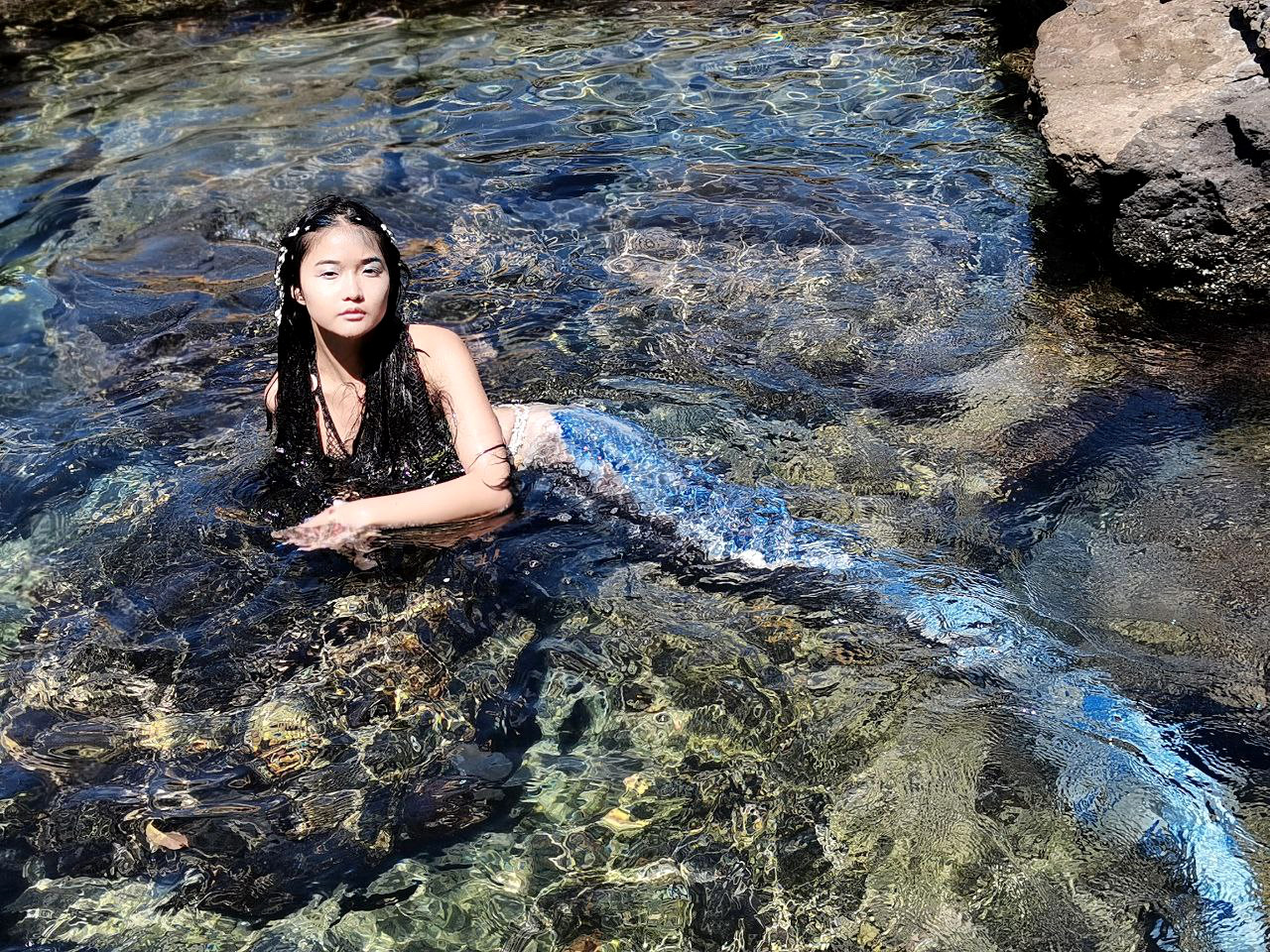 Despite facing discouragement, she knew what she wanted to do in life and continued to strive for her goal to break into the modeling industry. And as the winner of the 37th Elite Model Look World Final, it is clear she succeeded.  “Times are changing, and I’d say Chinoy parents are finally allowing their kids to do different things. I’m glad I get to help with that and inspire other Chinoys to pursue their dreams.”

When it comes to her character of Lua, it’s her personality that Mika says what drew her into her the most. “I love Lua’s duality. I think she’s very elegant, but also very fierce and a bit siren-like.” When asked if she drew any inspiration from other mermaid films, she replies that the director told her not to watch too many so that she would have her own unique interpretation. In fact, Mika did her own makeup for the character, giving Lua a Euphoria-inspired makeup look just like Maddy Perez. 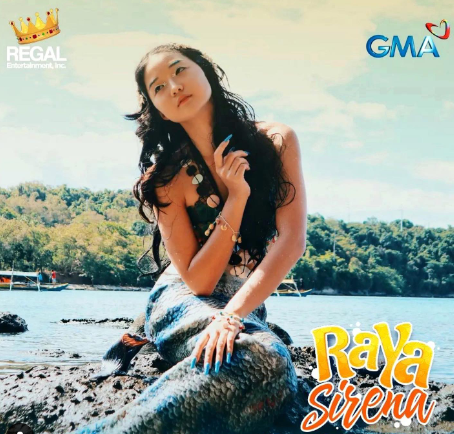 Additionally, Reins had already watched several classic Filipino films at that point, so she drew subtle inspiration from Maritoni Fernandez. (She played Dyangga in a 1996 adaptation of Dyesebel). “Lua is understandably, a little annoyed at her crush because he’s always treated her as ‘hanggang best friend lang.’ Meanwhile, she’s always been there for him.” She smiles and covers her mouth to avoid any spoilers and encourages to watch the series to find out.

When asked what it’s like to live the fantasy as a mermaid on TV, Reins dove straight into explaining why it wasn’t as easy as it may seem. “Aside from the heat and the sun, your legs are all wrapped up in the tail and it’s hard to walk around. You feel like you’re crawling most of the time, but it was still very fun and challenging.”

Over video call, she showed her hair which was still dehydrated from saltwater in the shooting. Luckily she didn’t get any sunburns.  “The shoot felt so fast, even though it was an entire week in the province.” She shares that the location was so far away from any major city that there was no McDo or Jollibee anywhere near them. 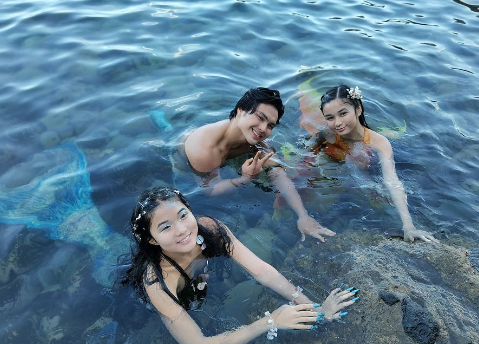 While getting to play a mermaid was a dream-come-true, Mika’s time as childhood fairtytale characters is far from over. Up next on her bucket list? “After playing a mermaid, I think I want to be a fairy next!”

We go on talking about our favorite mythological creatures, and she shares that her mother is from Isabela. Being a probinsyana, her mom would share stories about sirena, engkantada, deuwende, and that she’d listen intently the whole time because they were such mystical stories. “Myths open your mind to stories that are out of this world, and I think that’s important for people in creative fields.”

When asked about other characters she wants to play, she pauses and thinks for a moment.  “I also wanna try a Heart Evangelista type character, like super kikay and loves shopping! That would be fun!” Today, it seems that she was able to reach her goal! In October, she was cast as Kayla Gomez in Mano Po Legacy: The Flower Sisters. She plays a young Chinese-Filipino woman who is the stepdaughter of one of the titular sisters. With her chic wardrobe and maldita vibe, Kayla is a determined girl who won’t back down in any family dispute. 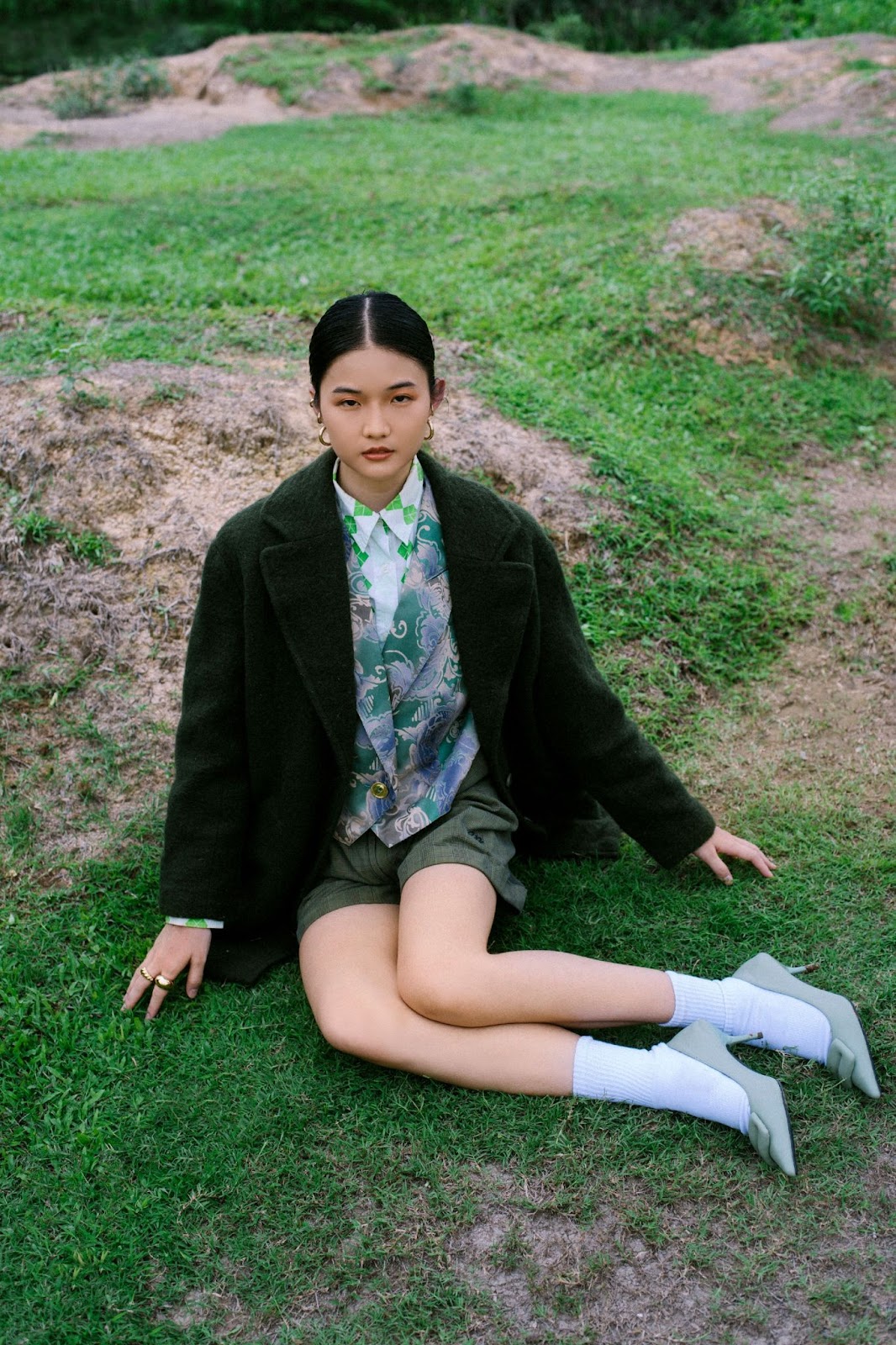 With a successful more than half-a-decade career as a young model and a growing name as an actress, you could say Mika Reins is living the best of both worlds. Though while she does admit that both require different set of skills from her, she wouldn’t want to drop one over the other.

“The modeling world is so different from the acting world, in terms of facial expressions, body language, and the mindset you need to have,” says Mika who has been modeling since she was 15 years old. “In modeling, it’s all bold and fierce, and in acting, you have to be a bit more subtle. But I love that you can exercise imagination and creativity in both fields. I would love to do both for as long as I can.”

FOLLOWING IN HER FOOTSTEPS

As for her advice on over aspiring models or actors out there hoping to make it big, she answers this nugget of wisdom. “Make sure to do these opportunities when you’re young! While you have the energy, time, passion, and heart for it. You never know when you can no longer do these things.”

She also suggests that aspiring young artists reassess their priorities in life and undergo a lot of reflection. Even in the creative industry, there are “business things” that one must consider if one is truly to enter into this tough career. “Think of what you’ll have to give up, like a stable traditional job, or what you can do to support yourself if there are no gigs.” 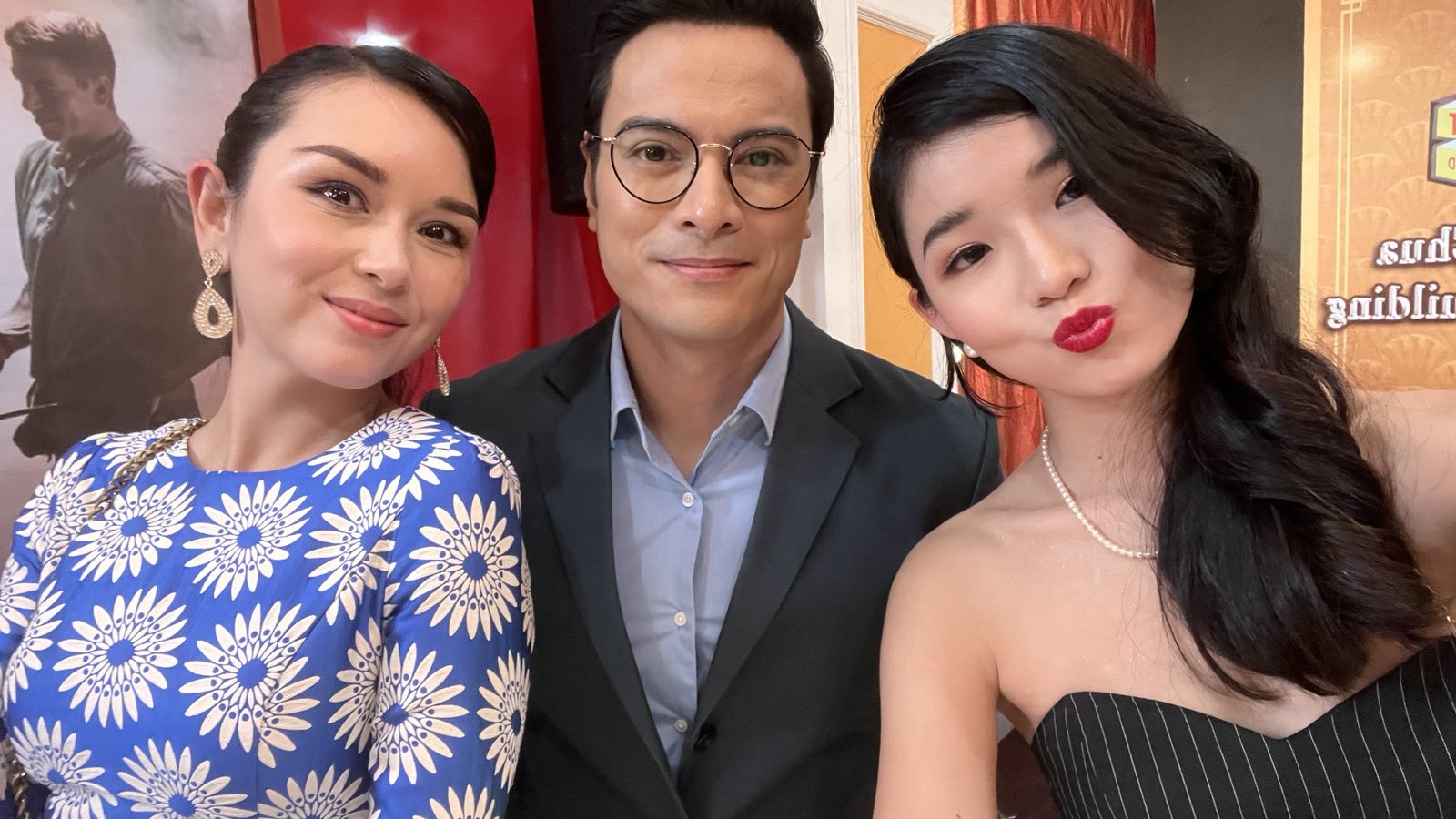 But to wrap up the conversation, I asked her which of her fellow Filipino characters does she have fond memories working with. “I mostly enjoy working with my fellow Regal Babies Miggs Cuaderno, Shecko Apostol, and Dustin Yu, as well as GMA artist Will Ashley; they’re like my little brothers on set.”

Mika adds, “It has also been an honor to work along with veteran actors like Beauty Gonzalez, Rafael Rosell, Johnny Revilla, and Angel Guardian. Despite being excellent actors in their respective disciplines, they’re also very humble, well-grounded, and intelligent. They enjoy offering new actors like myself advice on how to improve, which I genuinely find admirable.” From the catwalk to the set, Mika Reins is out her doing it. It really is no wonder this stunning Chinoy beauty is seen by many as one of the new generation of faces to watch out for.

These Internet-Famous Babies Are Stars In Their Own Right

Problem Child: 1st.One Comes Back With The Most Expensive P-Pop Project Yet