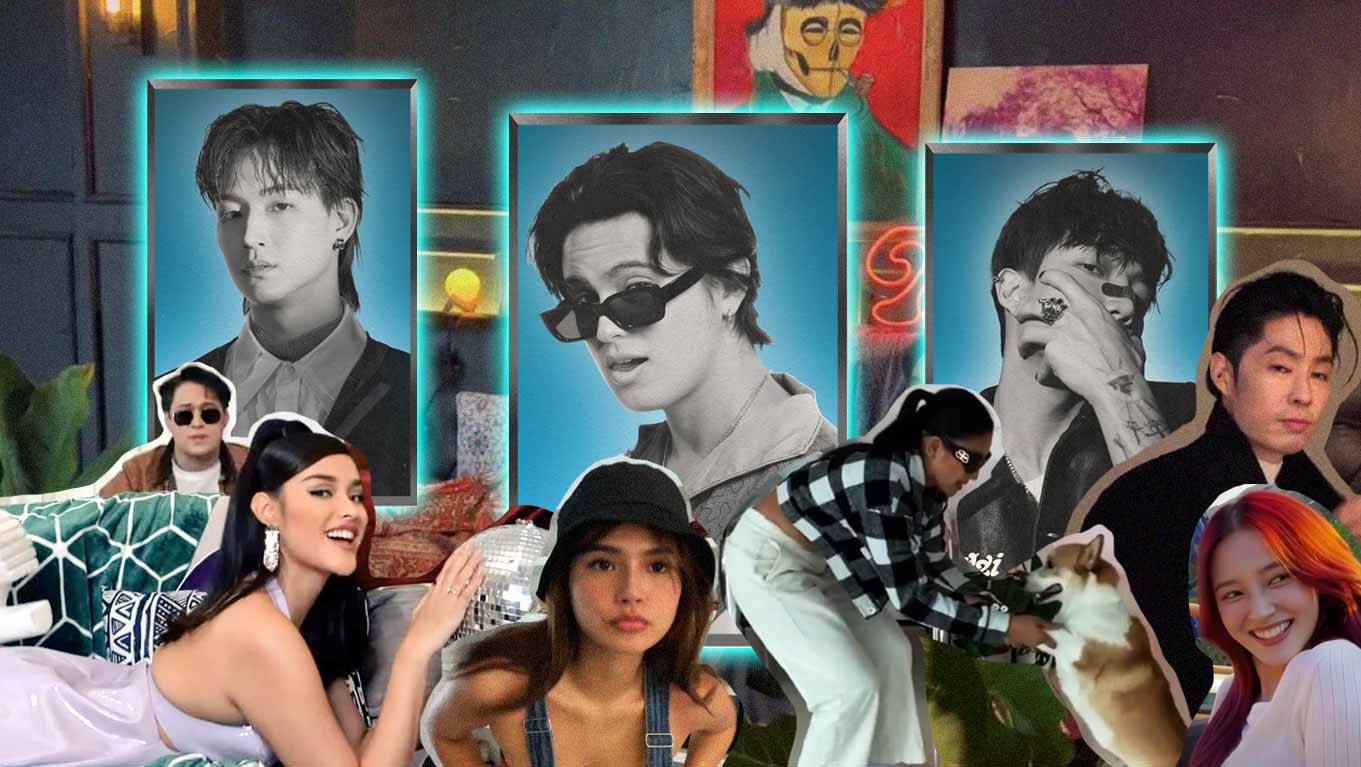 Hello? This is one call we won’t say no to.
BY Angelo De Cartagena

Did someone say, star power? Following the release of Hello 2.0 (Legends Only) by James Reid, Jay B, and ØZI, phones in their friends to breathe even more life to their supercharged track in a music video that makes you want to join in on the fun.

It is never just a hello is it? Ever since taking precedence as the foremost form of greeting in modern conversation, there is always more to it than just a well, hello. From answering calls to Adele’s seminal classic, an entire world of potential opens up. Small talks? Tell me more. Want to share your feelings in an exercise of catharsis? I’m all ears. Want to check in and catch up? Let’s go. Much like the time he first uttered the word in the silky and sensual single that ironically punctuated his three-part expanded comeback to music last year, James Reid couldn’t wait to say it again. This time, as is made permanent in the song, went from zero to 100 in the supersized remix that features Korean superstar Jay B of GOT7 and Taiwanese American hip-hop artist ØZI.

A triumphant rework of the original release, Hello 2.0 (Legends Only) is still distinctly charming, cheeky, and considerably carnal. Already smooth and suave, the syncopated exposition of James Reid is slicked on with an added edge and cool through the icy verses of Jay B (in Korean no less) and ØZI, making it worthy of the repeat button immediately after the first play.

An impressive coming together of powerhouse Asian acts, this isn’t just a mere insertion of voices for the mere sake of, but instead, a true collaboration in a singular point-of-view. “It took some time being in different countries, so we kind of just let each artists do their own thing on the track,” details James Reid on the re-imagining of Hello. With the work laid out in the progression supercharged with funk and soul, the listening experience becomes more nuanced and spirited, as if each beat was given more spring to its already bouncy step. (Boing, boing.)

This being a James Reid and Careless Manila production, which was orchestrated with Transparent Arts and High1r music, the party doesn’t stop with the remix. The message still rings the same: the connections we nurture are what tether us to a life worth living amid unprecedented uncertainty. But instead of a stern reminder, Hello carries on the silly spirit of the first outing, this time upping the ante of freedom and fun with the accompanying filmed narrative.

Instead of a highly produced and blindingly glossy visual, James Reid phones in his Careless Manila cohorts, a sparkly assemblage of superstars, and a lot of surprising faces in a liberal approach to the culture of music videos as manifested by the sign off: Directed by everyone.

Kicking off the 5:07 release is James Reid chilling with the bare bones of a shoot in the background, unceremoniously; the scene shifts to a montage of scenes from different friends and artists both here and abroad, all breathing life to Hello 2.0 (Legends Only). Saying hello with James Reid, Jay B, and ØZI are Nadine Lustre, Jolianne, Liza Soberano, Enrique Gil, Maris Racal, Massiah, Mimiyuuuh, Ranz Kyle, Niana Guerrero, Ylona Garcia, Zack Tabudlo, A-Team, After The Noon’s Arthur Tan, Doojon and Woosung of The Rose, Nancy of Momoland, Seori, Jay Park, Calcifer Dante Pendragon, and yes, that Vanness Wu. In the slew of self-produced clips, the music video functions as further proof that no limit exists when having a great time. All you really need is yourself, a camera, and good song.

As easy as Hello 2.0 (Legends Only) by James Reid drapes itself on a listen, the music video is fascinating in the simplicity of it all. Whether one was just at home joking around in the kitchen, running around in the beach, or letting it all out on a roller coaster, everyone was just vibing, smiling, and just having a moment of pure happiness. Heck, even you can join in the fun and say hello with your own slice of life. Stitch that in and it will still make sense, after all, that is what the song is all about—taking life for what it is and enjoying the ride.

Remember, it all begins with one hello.