Face The Fitness Facts: Why Pushing Yourself Too Hard Does More Harm Than Good

The hustle is real, yes, but so is the requisite recovery.
BY Angelo De Cartagena

In the often punishing plane of fitness, pushing beyond the breaking point doesn’t yield better results. We explore how too much can do more harm than good—and how it can be rectified.

Related: STRAIGHT FROM THE 80S, THESE WORKOUTS ARE WORTH TRYING AT HOME NOW

If you were to tell my much younger self that his grown up, hopefully wiser realization would spend an inane amount of time at a musty, rusty, and quite frankly, dusty gym, lifting weights, exploring calisthenics progressions, and even getting too into boxing as a form of exercise, then he would probably laugh at your face. That isn’t to say that I was particularly averse to physical activity. On the contrary, I had taken a liking to biking, tennis, badminton, and a self-taught form of gymnastics. Sure, there was something about an organized, routine-type of exercise that turned me off, but in reality, I naively saw fitness and the rabid, cult-like following it subsequently amassed as superficial.

And judging by overheard conversations, skimmed over literature, and really, just the surface level, it seemed that it was all these people could care to talk about. And as an all too impressionable youth, I had absolutely no desire to participate in the perpetuation of vanity. That is until of course, life got in the way, careened me out of a waylaid path of physical no-bleeps-given, and I found myself being dragged to, of all things, a hot yoga session.

“Why would I pay to sweat and stretch?” I asked, flabbergasted at the rate I had to shell out to keep on my quest of a revenge body. (You see, I had gone through a break-up and naturally, my course of action was to make the person jealous by carving out myself in the image I had assumed I wasn’t. That, and the perceptions and preferences of society, especially of gay men are insanely unforgiving. (But that’s an entirely different story altogether.) What happened next stunned my most hard-pressed self: I actually enjoyed the mind and body workout, eventually sticking to the practice, squeezing in an hour of practice in between overtime at work, before ultimately branching out to a more physical and aggressive exercise—boxing. What? I needed an efficient venue to release all that pent up hostile energy. So, if I could hit two birds with one punch, then all would be well.

Now, before this begins to even remotely sound like a fitness fairytale, this is where things got a little too intense.

What started as spaced out, intermittent sessions soon became, if I willed it enough, almost everyday trips to the gym that oddly sat atop a pizza place. No reason for making mention, other than the fact that at that point, I had committed to giving up fastfood and the temptation didn’t even make a dent to my now eagle-eyed focus for working out. And trust me, every chance I could, I would find myself rushing to the gym the second the clock hit 6’o clock, making sure I punched in at most two hours on the regular. This entailed an hour of combined warm-up and weight training, which was followed by boxing mixed with circuit training. Keeping at this for a good year or more, I am not going to lie, I really felt great. Slowly and surely, I had been seeing physical results on my body, my strength and stamina have improved immensely since I ditched my blasé, sedentary lifestyle, and by most accounts, I was much less angry with the world—figuratively lighter if you will.

With a clear penchant for routine, this has been my life for a while: Wake up-work-work out-rest and repeat. Sure, I had not forgotten to have fun as my weekends were peppered with an actual social life outside the walls of the gym, but aside from the essentials, deadlines, and pressing matters, all I could and well, still think about is rushing to make the training cut-off whenever I can. It is simple: Come hell or high water, I have to work out or else I lose it. No, really. Several unforeseen circumstances that forced me to skip my routine has driven me up the wall, reducing me to a volatile, grumpy force I had long avoided. My weekends have even been anchored to my physical activity requirement, much to the chagrin of my family.

Needless to say, I have become obsessed, to the point that it has become almost unhealthy. And dare I say it, the fun I once had with working has slowly been deflating as of late. So much for self-care, huh?

While it will take a certified specialist to ascertain if you are suffering from some form of obsessive disorder, it certainly doesn’t take a Google search to tell that overdoing your workout can do more harm than good to your body and eventually, your mind. Being competitive, even just with oneself, and obsessive are intrinsic to the evolved human being. With a high from working out, as well as seeing desired results such as being lean, light, and lithe will trick your brain into wanting or being more in the context of fitness, further driving you to a point of pushing beyond perceived limits. It is admirable, sure, but it can seriously cost you in the long run.

Muscle soreness, fatigue and injuries aside, overexertion of the muscles can lead to a fatal case of the fibers working too hard and ultimately dying, eventually releasing toxic contents into the bloodstream, which can have serious effects on your kidneys. “It can happen with any intense exercise if it involves repetitive motion of a muscle and new movement,” says Maureen Brogan, M.D., an associate professor of medicine at New York Medical College New York.

Forms of fitness are hinged on the basic science of breaking and building muscles for circulation and growth, but tipping this over the edge, compounded by a dent on your mental capacity, might prove to be irreversible. “The benefits you want from working out—getting leaner, stronger, healthier—reverse when you don’t take breaks,” says Holly Parker, Ph.D., a lecturer in the psychology department at Harvard University and a certified personal trainer. And all you wanted was to shed a few pounds or define your shape.

There are many ways to work around this typically unforeseen offshoot of fitness, but perhaps the most important and equally difficult step is to be consistently and constantly aware of your mind and body when hitting those intense neon-lit spin classes or going apesh*t at your CrossFit classes. Remember that any complaint from the body must be addressed. Take a water break, breathe. Recover. No one is requiring you to go beyond your limit; therefore, you must be vigilant and mindful of every muscle in your mind and body. Learning to stop doesn’t mean you haven’t met the physical requirements to burn calories from that weekend binge, or worse, giving up. If at all, these points of recovery are the opportunities where your body begins its process of rebuilding what you’ve lost—and come to think of it, you should do the same internally. More so, it is imperative to grasp that punishing yourself and feeling pain, doesn’t mean coming out with better results. Yes, we are still talking about working out.

More than the physical, however, the overextending and overexertion in fitness and working out can also lead to a stress that is more mental. In this case, a self-diagnosed form of body dysmorphic disorder, which in plain speak is a mental disorder where an obsessive (often unfounded) idea of one’s body being severely flawed takes root, causing one to take extreme measures to remedy. “Muscle dysmorphia often happens in men where they look in the mirror and they think they’re tiny, but in fact they can be of normal physique or actually quite large because they’ve spent so much time obsessively working out and working on their diet,”  says psychologist, Dr. Ben Buchanan. “But also they see their muscles shrinking and when your self esteem is so tightly tied to your muscle mass then it can be devastating.”

In my case, for example, years of trawling the gym has accorded me a body that is by most standards, fit. And I will not be shy about it, because I worked hard on and for it. However, there are days when I stare a little too long at the mirror and I feel like what I see isn’t enough: the cuts aren’t too deep, the muscles can be a little bigger, or worse, I feel paunchy. This gets heightened when life gets in the way and I have to skip gym more than I like. The stretched out periods drills itself into my head so much so that every intake of food and inactivity would register as fat gained and muscle definition lost. Consequently sending me into a downward spiral, this process settles into me hating myself. But when you really think about it, nothing is really wrong with me. In fact, food and rest does a body good in this circumstance.

It is ironic that at some point of pushing too hard, what is perceived as the pinnacle of healthy becomes unhealthy in more ways one would care to admit. This is why it pays to listen to your body and mind when working out. The periods of rest allows you to recover, recuperate, and recalibrate your sense to attune itself to what your fitness goals are. Also, it encourages you to really enable a discussion with your body to figure out how this distorted perception can be quelled and eventually, especially when it goes out of hand, remedied. Will you wait until it is too late to take action though?

Fitness is meant to keep you in shape, losing a few desired pounds in the process. But what it doesn’t intend to do is make you lose yourself in every sense of the word. You can quote every possible cliché on self-love you want, but remember that song that goes: “Too much love can kill you?” It may have alluded to a metaphorical sense of loss, but it sure fits in well with the perceived self-importance of working out. Sometimes just enough is all the love your body needs—nothing more and nothing less.

The sooner you take it easy, perhaps then will you see the infinite realm of possibilities (and results) open up for you, and yes, your temple of a body as well. So, slow down. Wolf down that decadent chocolate chip cookies you mother baked for you. Enjoy your Friday night and go out. Indulge in a fast food break every once in a while. Sleep in on a Sunday or binge watch a show on Netflix. Then the next day, get up and hit the gym, mindfully this time.

I am slowly realizing that there is greater love in knowing when enough matters. There is absolutely no need to punish or dislike yourself for anything you think is less than at any given period of time. More so, you have to stop being too hard on yourself, because you are more than that reflection in the mirror. You are by all accounts, a healthy living being, and hopefully, a good soul, too.

So, are you rethinking that unforgiving fitness on hyper drive resolution of yours? I know I am. Remember, it is perfectly okay—necessary even—to rest. And then you get back to hustling after. 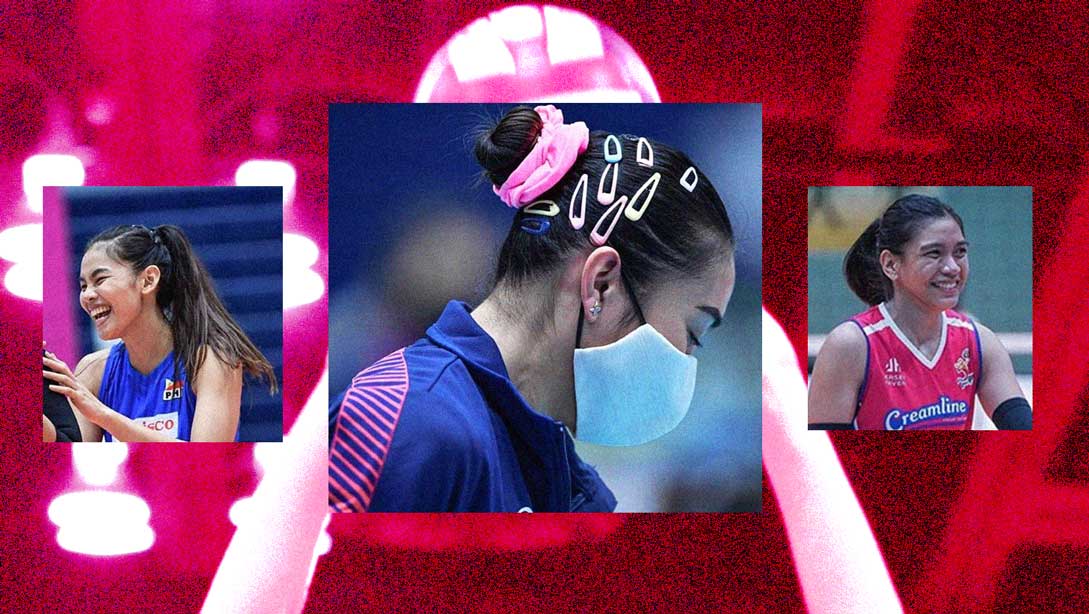