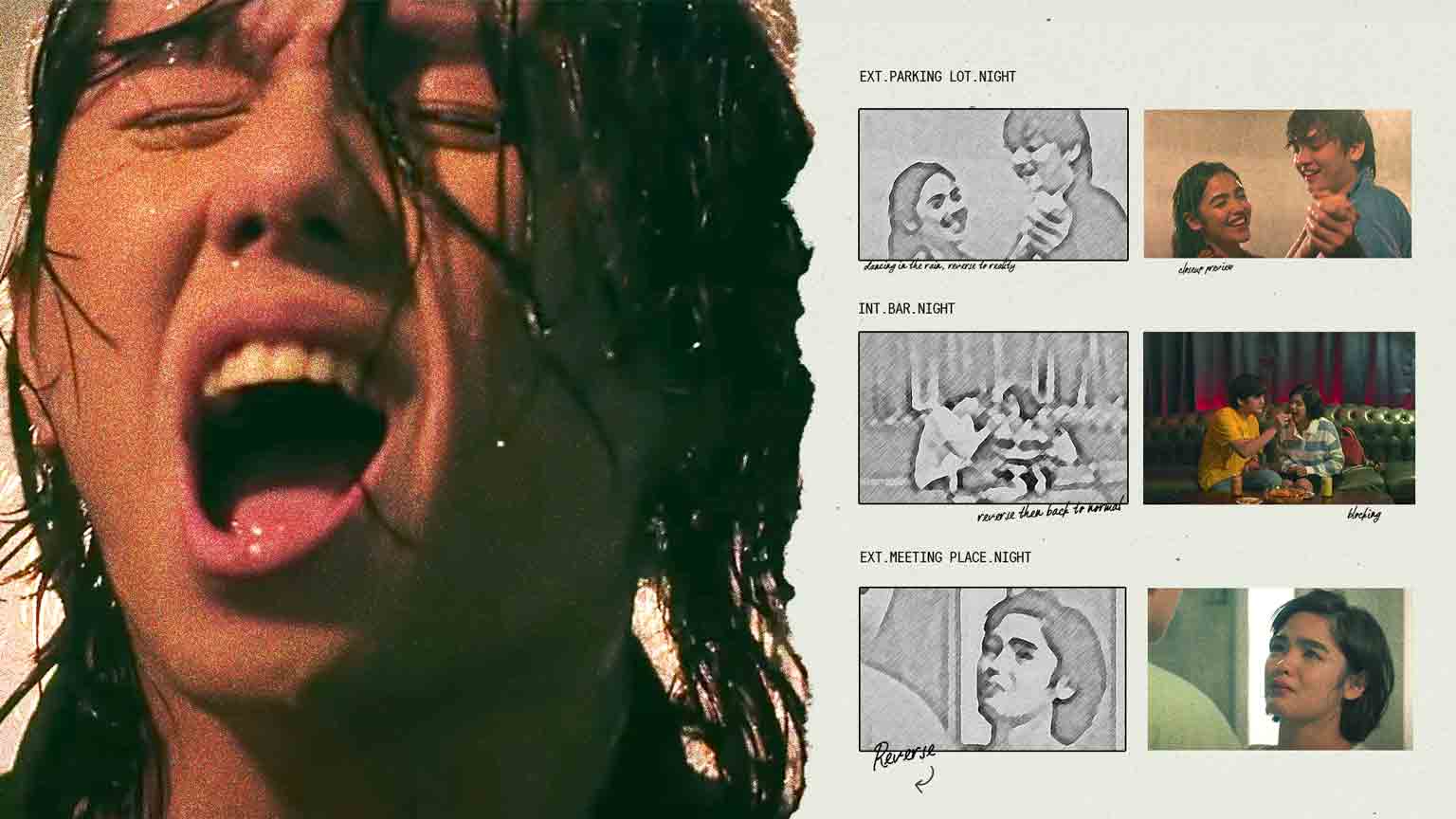 A Love Story In Reverse, Andrea Brillantes And Seth Fedelin Will Break Your Heart In Zack Tabudlo’s Binibini

Andrea Brillantes and Seth Fedelin shine in Binibini, the grown-up and honest telling of first times and feelings as expressed by Zack Tabudlo.

Related: 14 TIKTOK COUPLES THAT WILL MAKE YOU WISH YOU HAD A VALENTINE

“Binibini, alam mo ba kung pa’no nahulog sa’yo?” sings Zack Tabudlo almost too earnestly at the introduction of his latest single, Binibini. A cross between classic kundiman and old-school 90s alternative jam, it is deceptive in its simplicity, seemingly alluding to that heart-racing, kilig-inducing, and butterflies-in-the-stomach type of love that many of us look back to with fond memories. This is precisely the premise of Binibini—a tender telling of feelings and first times. From its bouncy beginning progressing to a cavernous chorus, the song plays out as a vivid recollection that belies the clichéd tropes, encompassing the whole cycle of romance. Yes, even the heartbreak.

On the surface, it is a narrative fit for the young adult sort. You know, the lighthearted fare that lays on easy at first, grips you in the middle, and just before the penultimate reunion in the end, an aching reprise soundtracks the montage of epiphany? But Binibini is much more than that. “She was the binibini that I would dance with in the middle of the rain, in the middle of a chaos, or whatever’s happening around us,” Zack Tabudlo says, describing the track. “Despite of what everyone says or what problems the two of you are facing in life, the both of you will be there for each other and will always be behind each other in every situation there is.”

It is in this stumbled upon wisdom that the music video comes to realization. Helmed by director Dan Villegas, the approach was an interesting one from the get-go. Unlike the linear storytelling that is typical of this sort, Binibini flips things and hits a reverse, reliving the love story from a piercing goodbye to its cheerful hello. And bringing to life the honest lyrics and moving melody of Zack Tabudlo are Andrea Brillantes and Seth Fedelin who are taking on something more considerably grown-up this time around.

Starting off as something still, there is an apparent frustration and pain that lingers in the empty open space Andrea Brillantes and Seth Fedelin find themselves in. Where there are hints of hesitation in the words of Binibini, the music video operates with a definitive closure, making the rest of the song even more painful to listen to.

There is something familiar about this take on time, which we have seen unravel in the The Last Five Years. While Jamie and Cathy function on inverted timelines, Binibini moves on a parallel rewind. Just like in the off Broadway play turned movie musical however, Binibini heightens the emotions, making the inescapable separation hurt even after a while. Here, Andrea Brillantes and Seth Fedelin make us hurt and swoon all at once, which is reassuringly characteristic to relationships if you really think about it. However, it still hurts no matter how much we have seen this in many different tellings.

No matter where the pendulum of fate swings, Binibini is ultimately a celebration of connections. “She was the binibini that I would dance with in the middle of the rain, in the middle of a chaos, or whatever’s happening around us,” Zack Tabudlo details, which is also visualized in the music video where aside from Andrea Brillantes and Seth Fedelin relishing the moment, he too was drenched in the rain as he sang and strummed his heart out.

All things considered, everything came together quite beautifully for Binibini. With its compelling point-of-view, the undeniable chemistry of Andrea Brillantes and Seth Fedelin, and our penchant for the emotional, this episode of heartbreak left us hanging and wanting more.

CONTINUE READING: IN THIS HEARTBREAKING BEN&BEN HIT, KATHRYN BERNARDO AND DANIEL PADILLA ARE AT THEIR MOST GROWN UP YET