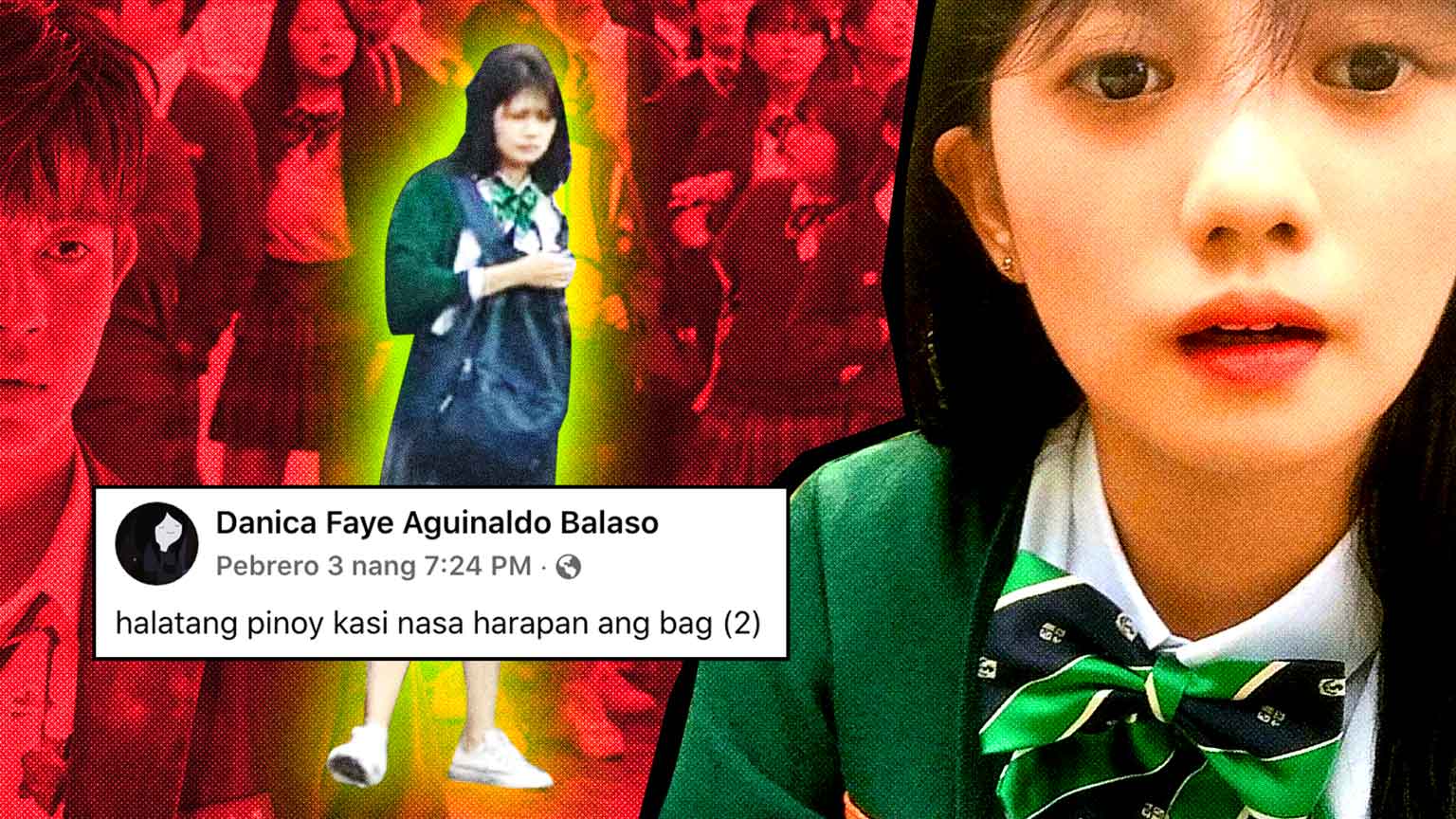 Out Of The Bag: One Of The Students In ‘All Of Us Are Dead’ Is Played By A Pinay

Is there a foreign exchange student program in Hyosan High? Because one of the students in All Of Us Are Dead is played Filipina actress who’s no stranger to appearing in K-dramas.

Related: 6 Moments From All Of Us Are Dead That Radiated Gen Z Energy

If you’ve seen All Of Us Are Dead, then you know that the show was a hefty production with many moving elements. From elaborate sets that were created just for the show, countless hours of practice and training by the cast to perfect the action scenes, the distinct zombie behavior, hundreds of extras to populate All Of Us Are Dead’s near-apocalyptic world, and more, all these definitely kept us on edge until the very end. But in the hit series’ vast scope, some details may have slipped past you in you’re first viewing. Case in point, did you know that one of the students in Hyosan High is actually played by a Filipina actress? And the best part is that this isn’t her first time appearing in a high-profile K-drama.

In episode one, we see hordes of students make their way to Hyosan High before they get marked for being late. And in the hustle and bustle is one who isn’t like the others. If you were paying attention to these scenes, then you may have noticed one student who held her backpack in front of her. That student was played by Pinay actress Noreen Joyce Guerrera. In the show, she doesn’t have any lines nor has a name. She is simply referred to as a student and the classmate of Gwi-nam and Eun-ji.

She can be first see waiting to cross the intersection where you can catch her right in the front. Later on in the episode, you can see her in the scene where Gwi-nam is bullying Eun-ji by writing on her back. Guerrera is seated in front of Eun-ji and in brief moments, you can catch her glance back at the two. TBH, we’re loving how she wears her backpack like that because it was giving Filipino school vibes. Admit it, you know or have seen someone do that in school. Having a Filipino actor in a hit K-drama is reminiscent of when Christian Lagahit appeared as Player 276 in Squid Game is always cool to see. And while he too had minimal screen time, it seems that you can’t have a hit K-drama without including a Filipino somewhere.

A PINAY IN ALL OF US ARE DEAD

For fans of K-dramas, Noreen Joyce Guerrera is actually a familiar face, if you know where to look that is. She originally came to South Korea in 2015 as a student and she has remained in the country since. Believe it or not, acting is not her main profession. She’s actually a manager for a financial firm and takes small acting gigs as a part-time job.

In a recent interview, Joyce revealed that auditioning for the show as a bit of a spur of the moment. “I was just sent there by my acting agency since I mostly played Korean high school student roles. I started filming for the series in June 2020.” Even though she is Filipina, her character is technically a Korean student, and that’s because how she looks helps her pass off as a Korean. “Unlike other foreigner or Filipino actors in Korea that were introduced as foreigners talaga sa production, in my case, I am considered as a Korean sa set kaya need mag-blend sa Koreans, meaning very low chance na makikita or makilala as Filipino,” she explained.

While she only appeared in one episode and her fate was never made clear, we hope she made it out alive. As for who she enjoyed filming with, it was one of the fan favorite love teams on the show, Park Ji-hu who played On-jo and Yoon Chan-young who played Cheong-san. “Chanyoung who played the role of Cheongsan. I filmed with him too sa other drama kaya it was nice seeing him there. Jihoo who played Onjoo too. She was just 17 years old when we filmed the drama. So cute,” she told the Manila Bulletin.

NOT HER FIRST K-DRAMA

According to Joyce, she has appeared in over 85 dramas. Her extensive record includes True Beauty, The King, You Are My Spring, Our Beloved Summer, Arthdal Chronicles, The Encounter, Record of Youth, Hospital Playlist, and My Name. So, the next time you’re watching a K-drama, you might want to keep an eye out for her. You may never know where you’re going to spot her. If you want so see more of Guerrera, you can also check out her YouTube channel.