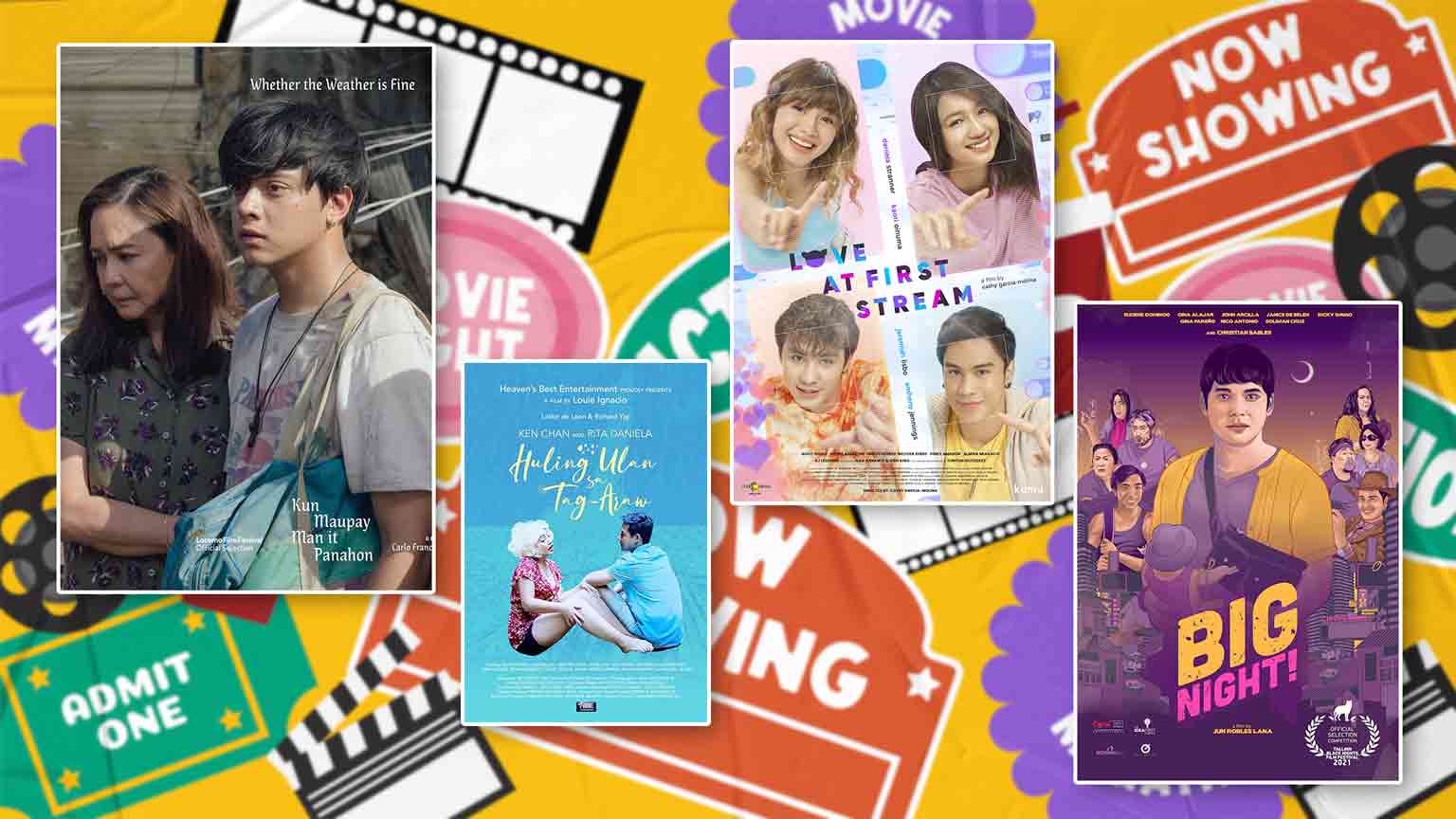 Here's what MMFF 2021 has in store.
BY Rafael Bautista

This year’s entries include Kaori Oinuma and Jeremiah Lisbo’s first movie together, an acclaimed film starring Daniel Padilla, and more.

Related: The New Movies And TV Shows Of November 2021 That You Can’t Miss

The Christmas season is home to many festivities celebrated by Filipinos. There are family reunions, Christmas caroling, gift exchanges, and more. And one Christmas celebration that has been a staple of a Philippine Christmas in the past years is the annual Metro Manila Film Festival. The MMFF is probably the highest-profile celebration of local cinema in the country as from Christmas Day until the first week of January, only a selection of Filipino movies are played in cinemas. And it’s back one more with a whole new slate of movies for audiences to enjoy.

Celebrating its 47th year, the 2021 Metro Manila Film Festival will be running from December 25 to January 7. Due to the pandemic, last year’s event went all-digital. But this year will see MMFF return to the cinemas. The eight films chosen to be part of MMFF 2021 were from a list of 19 films submitted. The criteria for being chosen to be in the lineup of MMFF is as follows: 40% artistic excellence, 10% commercial appeal, 10% Filipino cultural sensibility, and 10% global appeal. The awards night will be on December 27. Here are the eight movies you can expect at the 2021 Metro Manila Film Festival.

Directed by Law Fajardo, this movie is a local adaptation of the 2014 South Korean film of the same name. The movie follows a detective named Villon (Dingdong Dantes) who runs over a man. He then tries to hide the body in his mother’s coffin on the day of her funeral. But more problems arise when he gets into an argument with a fellow cop (John Arcilla). This action movie was originally slated to be part of the inaugural Summer MMFF in 2020, but was canceled due to the pandemic.

Director Jun Robles Lana has directed some amazing films in his storied career that mix in social commentary like Kalel 15, Die Beautiful, and Bwakaw. His latest film, Big Night, is looking to do the same. This entry to the 2021 MMFF follows Dharna (Christian Bables), a gay beautician who just discovered that he is part of a local drug watch list. Confused as to why he’s on the list and fearing for his life, Dharna goes on a quest to discover why he is on the list. This comedic take on the drug war features an all-star cast that includes Eugene Domingo, Janice De Belen, and John Arcilla.

RitKen fans get excited because the RitKen love team is making their movie debut. Starring Rita Daniela and Ken Chan, this romantic comedy centers on a sexy dancer who falls in love with her best friend, who so happens to be aspiring to be a priest. After a few successful TV shows together, the RitKen tandem is looking to translate their chemistry on the big screen.

MMFF isn’t complete without horror movies, and this film is looking to give just that. Huwag Kang Lalabas comes from director Adolf Alix Jr and is unique in the sense that it’s a horror trilogy. The movie is separated into three episodes, with each one telling its own tale of spooky creatures and things that go bump in the night. The cast for the film includes Kim Chiu, Jameson Blake, Beauty Gonzalez, and Aiko Melendez.

Kun Maupay Man It Panahon (Whether the Weather is Fine) is coming into the festival as the awards favorite. The film follows a young man named Miguel (Daniel Padilla) as he struggles to survive and cope in the aftermath of Typhoon Yolanda. In the ensuing destruction, he searches for his girlfriend Andrea (MNL48’s Francinne Rifol) and his mother Norma (Charo Santos-Concio) and must choose whether to try to rebuild their lives in Tacloban or leave the city for brighter skies.

Love At First Stream is set in a world where life has become wildly digital. It follows Vilma, an up and coming streamer looking for her big break. She is helped by Tupe who vlog together. And then there’s Megumi, the girl next door who enlists the services of Gino in their quest for internet fame. The movie will see each of these characters explore love and friendships online to escape their realities offline. Star Cinema’s only entry to the 2021 MMFF is looking to make a lot of noise. And that’s for good reason.

First, it’s directed by blockbuster director Cathy Garcia-Molina. Second, it’s the first movie of Kaori Oinuma and Jeremiah Lisbo together. Rhys Miguel was originally cast in the movie but he dropped out for personal reasons and was replaced by Jeremiah. It also stars up-and-coming actors Daniela Stranner and Anthony Jennings. Finally, it’s the first collaboration between kumu and Star Cinema. The streaming service will have a heavy influence on the movie. This can be seen in the fact that many of its co-stars were chosen from kumu.

From director Lester Dimaranan comes this suspense drama. The movie stars former beauty queen-turned-actress Winwyn Marquez as the titular character. She is a nurse who feels that there are mysterious events happening in the hospital where she works at. Her journey into discovering the truth behind the mysteries will lead her to some dark places. The film also stars Raymond Bagatsing as a doctor.

Lastly, the final entry to the 2021 Metro Manila Film Festival is The Exorsis. This horror-comedy and parody of The Exorcist will see Toni and Alex Gonzaga be in the same movie since 2018’s Mary, Marry Me. The film sees Toni and Alex play sisters with a strained relationship. But they must put their differences aside when Alex’s character gets possessed by a demon. The movie is directed by Fifth Solomon. It was also in contention to be part of MMFF 2020 under the working title The Exorcism Of My Siszums.

Continue Reading: Cleaners, One Of The Best Filipino Movies Of The 2010s, Is Finally Making Its Streaming Debut