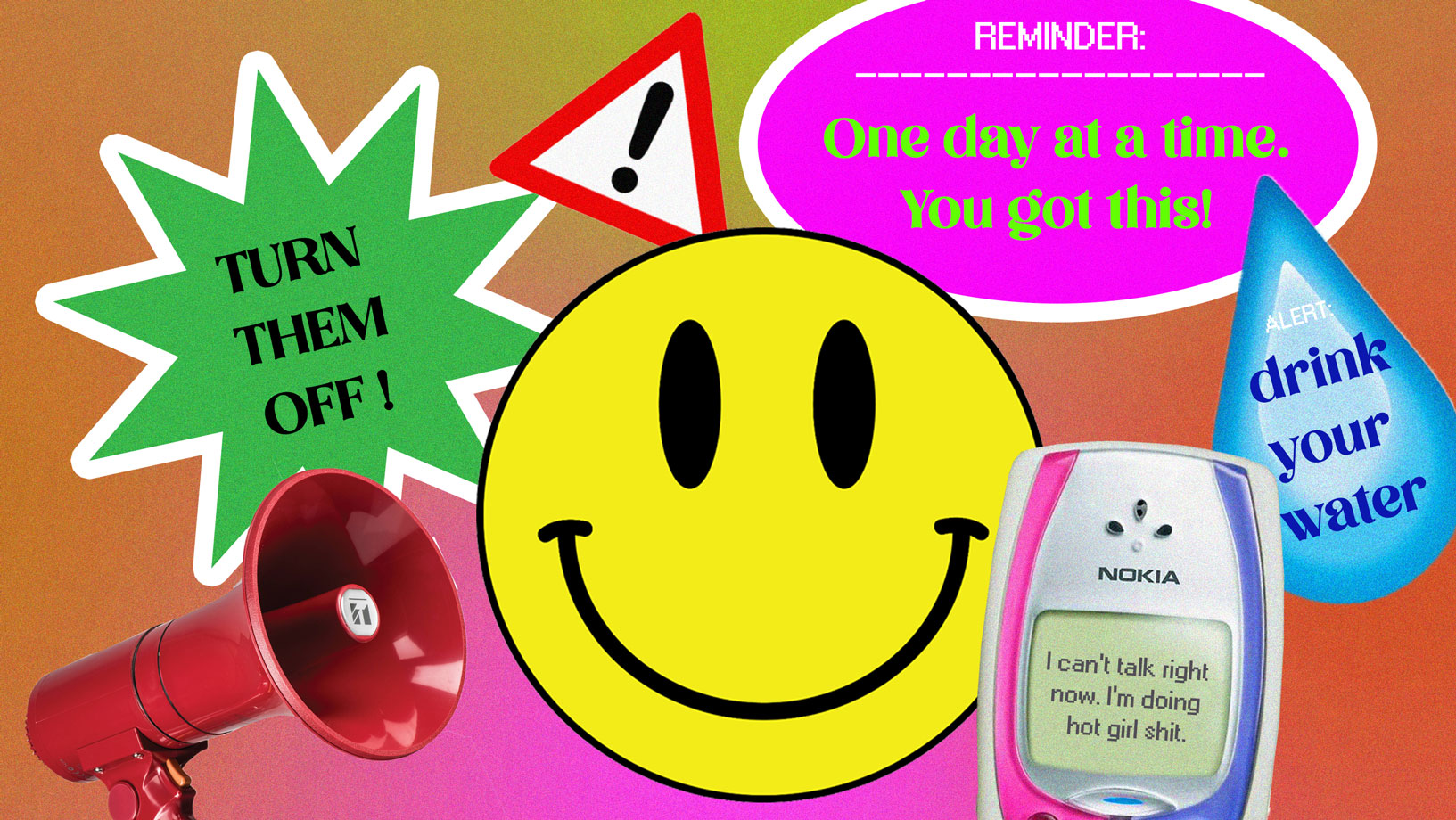 We all need a notification detox at some point.
BY Lyn Alumno

Sometimes, we just want to be left alone and scroll in peace, don’t we?

We all have that friend who’s a lazy texter. You know, that person who takes ages to reply and tells you they forgot to respond? Yes, I am that friend. They’d tell me I’m too elusive or that I’m a “ghost” and highly unreachable (literally, since the place I live in has ZERO signal). But it wasn’t always like that.

A year ago before the pandemic, I was always out late at night. Whether it was hanging out with my friends, or simply finishing an ungodly 12-hour shoot then going straight to a party, and coming to work at 7 AM then repeat. Don’t get me wrong. As an extrovert, no matter how exhausted I was, I had to recharge myself through socializing and being around with others—this applied to all scenarios.

The price I had to pay? A swarm of notifications every single day, either work-related or non-stop buzz from chat groups I’m in. My mental health that time was already murky and muddled enough and it didn’t help being bombarded by these people looking for me—expecting that I’m always ON. It was overwhelming and slowly ate me up, all because I didn’t want to miss out on anything.

RELATED: Two Sides of Toxic Woke Culture We Need to Think About

We’re all guilty of perpetually refreshing our feed at some point, especially since the pandemic forced us all to stay connected and more aware than ever. Multiply that by three or four since we keep switching to different platforms, and the problem intensifies. Being in the publishing industry for almost two years didn’t allow me to be away from social media since we always have to be on the lookout for fresh news, new trends, and hot takes. Or so I thought. As the number of notifications rose, so did my anxiety levels reach its tipping point. I decided to mute them all—for a moment–I even had to log out from all of these sites everyday just to avoid the temptation to doomscroll.

A few days later and it became worse. While I became more productive, I started to look for these distractions and kept waiting for the usual flood of messages—fearing that there was something I missed. I just had to stay in the know and it was a feeling I couldn’t escape. Social media detox became a fallacy to me and I developed a self-induced phone separation anxiety. I guess you can say I was addicted the positive social stimulus and dopamine influx of every notification back then.

Remember that wow, sumasapaw meme? When notifications start to interrupt your thoughts while you’re in the middle of something, that’s what they call switch cost.

These interruptions alter our brain patterns, and get in the way of our efficiency and productivity. Research shows that we often receive an average of 63.5 notifications a day. This barrage of unread messages and constant notification sends us on a high alert, releasing stress hormones and eventually putting us on fight or flight mode. Your human nature likens it to self-defense, but in reality, you just gotta pick your phone up. But what if it’s not technology to blame? A study in 2009 revealed that 50% of these interruptions are, well, most likely self-initiated.

Being constantly connected to the world felt exhausting, so I had to make a choice. I suddenly remembered a TED Talk by Barry Schwartz almost 14 years ago where he talked about how everyday, we are bombarded by so many pointless decisions that we end up unhappy and paralyzed. I started manually turning off my push notifications, unfollowed toxic people in my circle, muted those friends and relatives who would regularly put on a fake conversation before asking for something, switched my work messages to badge ones since it’s the least intrusive and traded the usual social media gossip to actual, informative, and fun-to-read sites. There are even apps to help you set these boundaries between you and your phone.

While others prefer to set their alerts to Do Not Disturb mode, a feature originally introduced by Apple in 2012 for night time, a number of people eventually began using it during the day and haven’t looked back since.

It’s been two years, and I’m glad I no longer have to ask someone to hide my phone in places I don’t remember. I don’t miss the random panic attacks every time it vibrates. Muting didn’t equate to me vanishing from social media, but it did help me take control of what I want to see and only viewing these messages whenever I was ready. It even gave me enough headspace to reflect, then voice out the things I wanted to say.

Replying, let alone reading, requires a certain effort and brain power than merely liking a few tweets or pictures. Let’s face it, not everyone has that same energy right all the time.